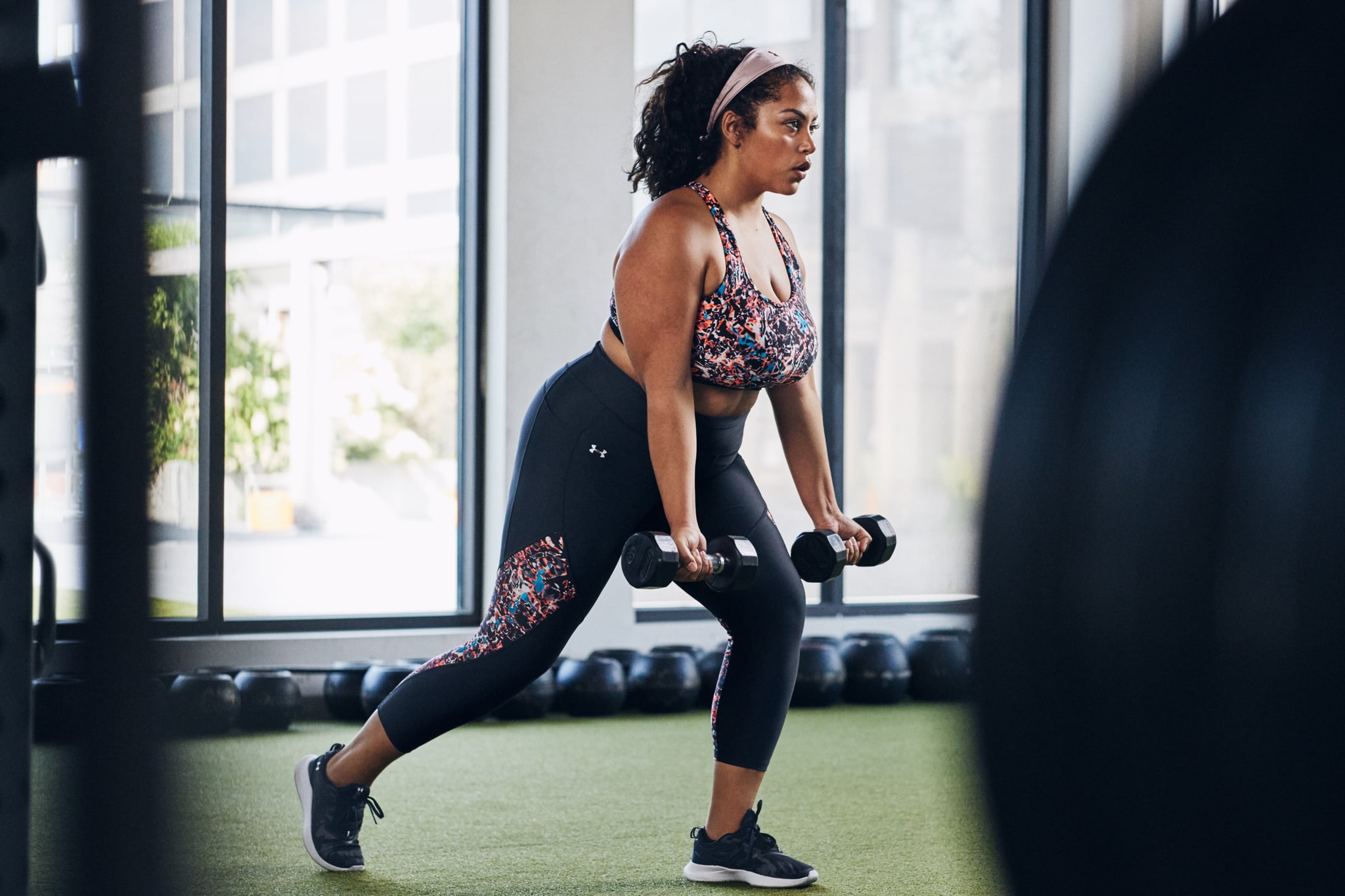 When it comes to working those quads, glutes, and hamstrings, there's hardly a more ideal movement to perform than the lunge. With many different types of lunge variations, this is a truly versatile exercise that engages some of the larger muscle groups in the legs.

Plus, when done properly over time — we're talking about lacing up your UA HOVR™ Rise 2 Training Shoes ($100) and hitting the gym on the regular — lunges can deliver some serious results. But what happens when you notice there's a little more of a burn than you expect? Shaking during exercises can be quite normal, but for anyone who feels like they shake their way through lunges a little more than most, we're sharing what's really at play.

First off, it's important to know why lunges are important. This low-impact exercise tackles the quads, glutes, and hamstrings, as many know. But it's also a movement that works the hips and knees. And, it can even impact the core and spine, pelvis, and ankle. When doing lunges properly and with good form, you can strengthen the bum, legs, and core muscles, while working on balance and flexibility.

OK, but What's With the Shaking?

There could be a few things at play here, but the big one likely is instability. Dr. Marko explains that the shaking caused from instability is either from ligamentous laxity (aka a fancy word for loose ligaments) or from muscle weakness.

Related:
This Is the Difference Between Building Muscle Strength and Endurance, According to Experts

"Most of the time it would probably be from muscle weakness," Dr. Marko explained. "If someone is weak, then they will shake as they lower down into the 'eccentric' part of the movement." As a little reminder from high-school gym, lowering down is the eccentric movement, while lifting up is the concentric movement. And, we probably don't have to tell you the lowering down portion is much harder than the pressing back up part. Dr. Marko explains this is similar to how going downhill requires more control and stability than going uphill.

"Another thing that will cause shaking is fatigue," she added. After you have done several lunges, the large muscles will begin to fatigue, and you get that exhausted shaky feeling. "When things fatigue, the muscle begins to shut down somewhat and the smaller muscles will kick in," Dr. Marko explained. "The smaller muscles won't be as strong, so in combination with the larger muscles fatiguing you will get shaking."

So, in essence, you're shaking simply because you're either unstable or exhausted — both of which are likely solved by, you guessed it, practicing the movement. "You can push through the shaking, but I wouldn't do too many [lunges]," Dr. Marko cautioned. While you're still building up your strength in your muscles so you don't exhaust as quickly and are practicing your balance, try for a little less of a range of motion of the lunge. Don't go as deep into the movement or even consider opting for another movement such as the squat that activates the same muscle groups but is a little easier.

Although shakiness during lunges isn't an indicator of something wrong, you should still be aware of proper form to avoid pulling a muscle, losing balance, or overextending.

"Lunges are a pretty complex exercise and there is a lot of open space between your two feet," Dr. Marko said. "This wide base of support requires one to have a good amount of stability in order to control the motion." She says to think of reaching really far forward for something, the same idea of balance and stability holds true for a lunge.

"With a lunge, you want good 'patellofemoral' tracking, meaning that the knee tracks straight over the foot as you lower down into the lunge," she said. "When someone doesn't have good control, the knee will go inward, towards midline, towards the other leg."

And if you still find you cannot control yourself during a lunge or if you feel pain at your lumbar spine, hip, or knee, it may be a good idea to see a physical therapist who can assess your specific body and your form with the exercises to modify and make appropriate for you, Dr. Marko said. 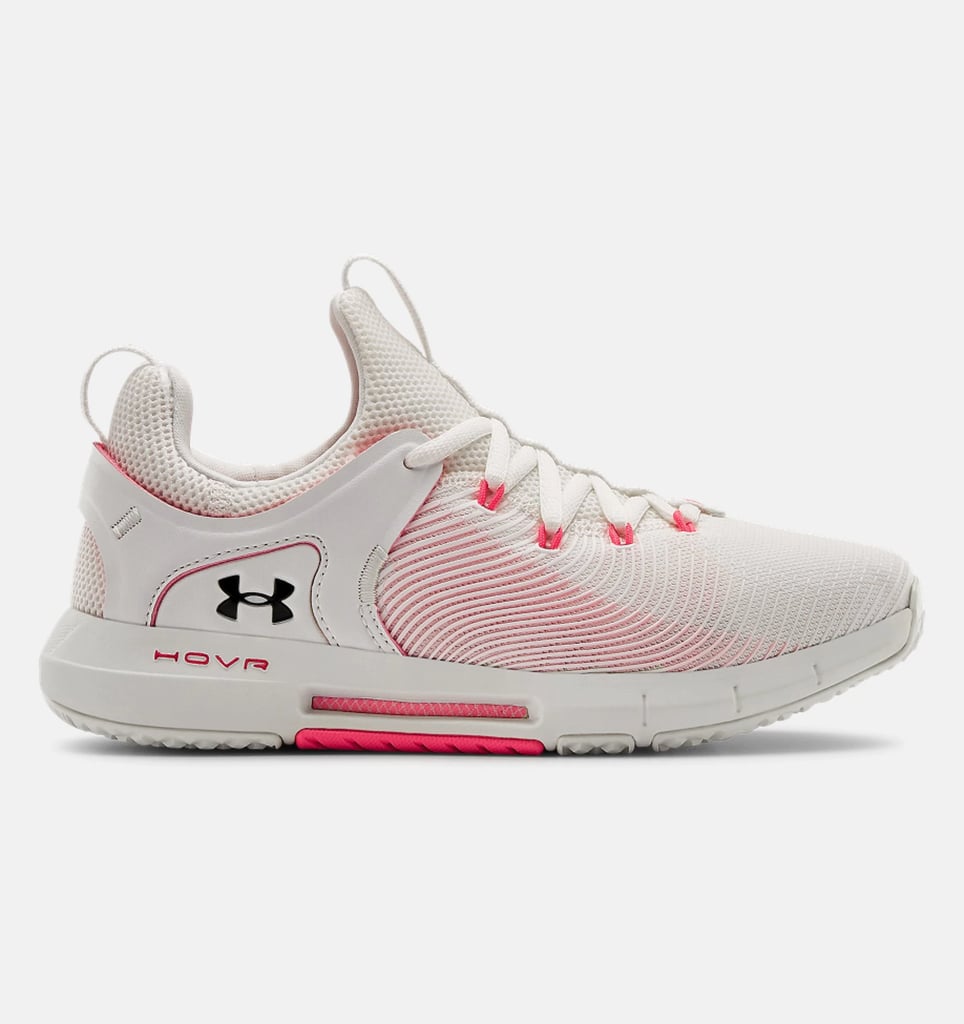 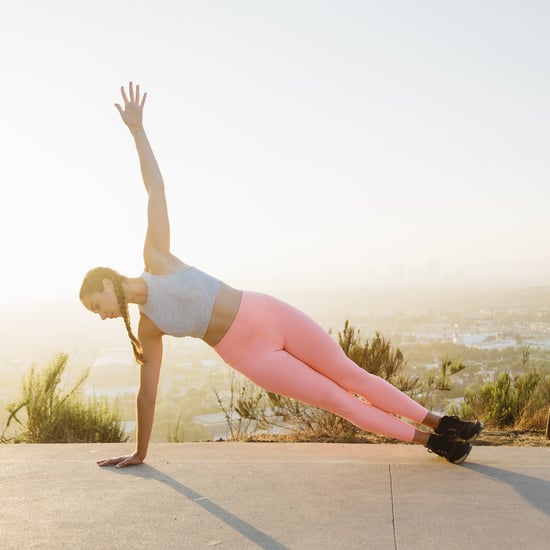 Workouts
I Tried a Physical Therapist's Tip to Fix Uneven Glutes and Abs, and I Can Already See a Difference
by Maggie Ryan 1 day ago 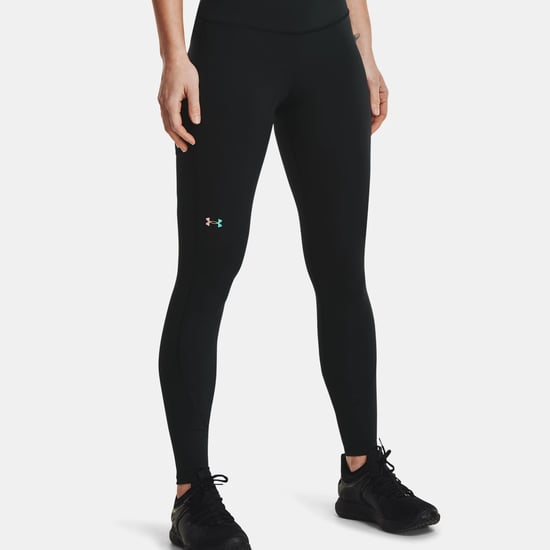 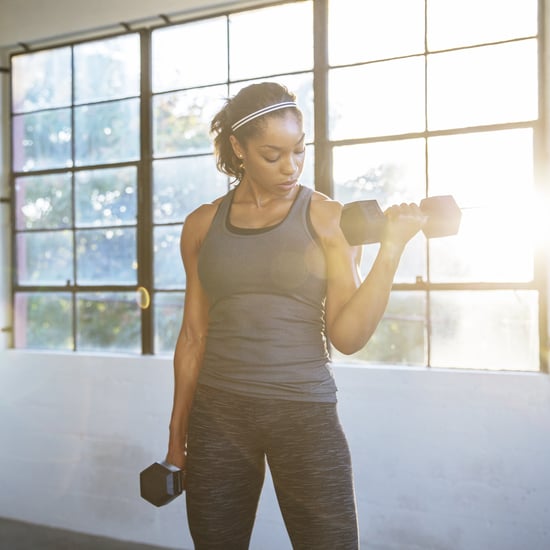 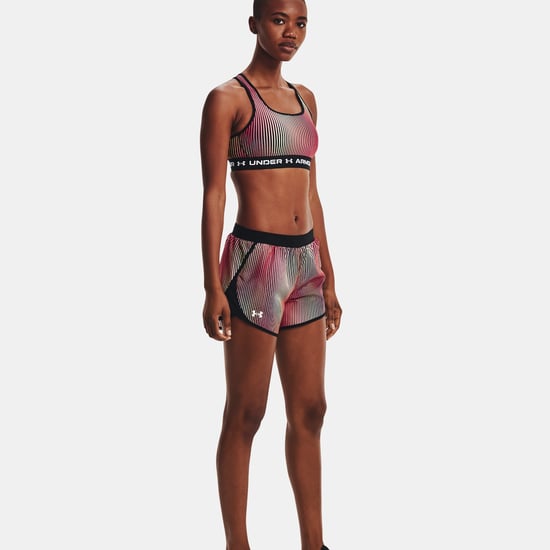 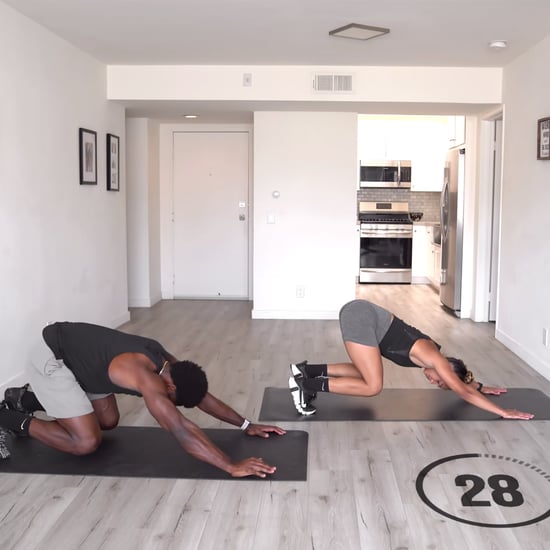 Workouts
If You Want to Be a Pro at Push-Ups, Do This 10-Minute Push-Up Progression Workout
by Jenny Sugar 6 days ago 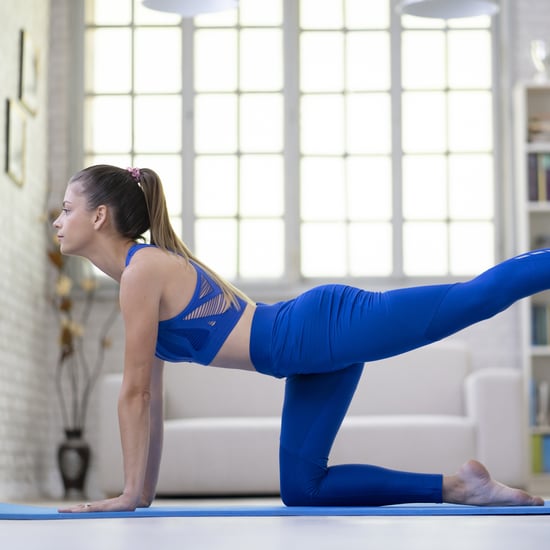 Workouts
A Physical Therapist Gave Me This Ab and Butt Workout — After 5 Months, I Can See a Difference
by Maggie Ryan 6 days ago