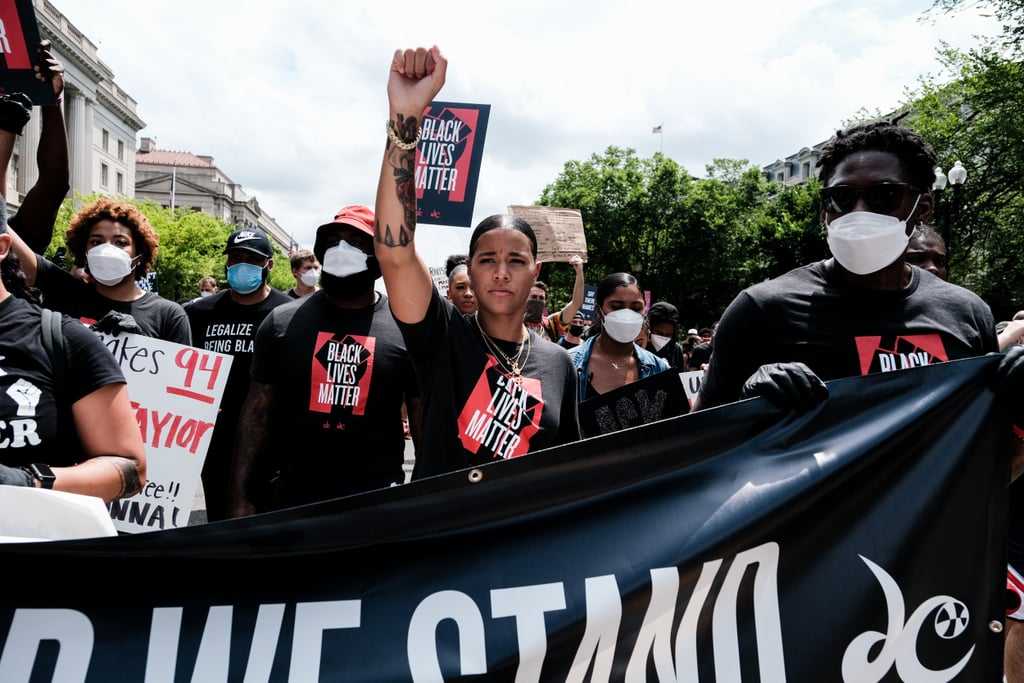 "Now Is the Time": These WNBA Players Are Opting Out of a Season to Fight For Racial Justice

The WNBA season is set to start in late July, but at least three players will be opting out and using their time to fight for racial justice.

Minnesota Lynx forward Maya Moore, Atlanta Dream guard Renee Montgomery, and Washington Mystics guard Natasha Cloud have all spoken out about their decisions to sit out the 2020 season to focus on social reform. It will be the second straight season missed by Moore, considered to be one of the most accomplished basketball players of all time, who has focused her efforts on criminal justice reform. Cloud and Montgomery have both come forward in the last week to announce their own decisions. "I have a responsibility to myself, to my community and to my future children to fight for something that is much bigger than myself and the game of basketball," Cloud (above) said in a statement.

During discussions on the WNBA's return, players were wary of starting play during a pandemic and in a moment where social justice issues are at the forefront, and many expressed a desire to focus on reform, ESPN reported. "Amplifying the voices of our players is really important," said WNBA commissioner Cathy Engelbert. "They do it all year round, and I think they can use this opportunity to be together to enhance what they're doing. We're going to work with them on that and support them in it."

"The league has said to us, 'You guys are at the wheel; whatever you want to do, we're going to try to make it happen,'" said Chiney Ogwumike, LA Sparks power forward and vice president of the WNBA Players' Association, in an interview with ESPN. Other WNBA players have opted out due to pandemic-related health concerns. Some stars, including Ogwumike and Seattle Storm guard Sue Bird, are planning to play but have used their platforms to support the Black Lives Matter movement.

Read more on Moore, Montgomery, and Cloud's decisions ahead.

Health
I'm a Latina With Endometriosis, and Here's Why My Story Matters
by Johanna Ferreira 7 hours ago