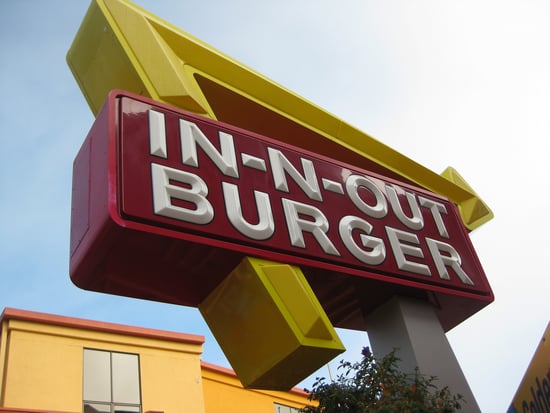 Soon we may have an answer to the question all burger enthusiasts outside of the West have been wondering: will In-N-Out Burger finally expand to the rest of the country? Now that In-N-Out's opened up a distribution center and several locations in Texas, it's possible that nearby states could soon follow suit. According to the chain's Fort Worth economic development manager, the company is considering expanding to neighboring states.

To maintain freshness and quality, In-N-Out has long held a policy of opening new locations that are within 500 miles of its distribution center in Southern California's Baldwin Park. Now that there's a second distribution hub in Dallas, its track record of opening past locations could support expansion to more than a dozen states, including Oklahoma, Louisiana, and Arkansas. How would you feel about a new In-N-Out near you?

Food NewsFast Food
Around The Web

Tyler the Creator
Jeni's Ice Cream Released a New Flavor With Tyler, the Creator, and It Tastes Like a Creamsicle
by Caitlin Gallagher 22 hours ago

Hocus Pocus
Hocus Pocus Canned Wine Is Now a Thing, and You Can Buy It Online For Doorstep Delivery
by Victoria Messina 22 hours ago