After calculating almost seven million reader votes and taking into account our PopSugar secret formula, we're so excited to share the sixth annual PopSugar 100 list with you! The PopSugar 100 is our annual ranking of the biggest stars in Hollywood, based on their last 12 months of accomplishments. Readers vote, taking into account everything from movie releases, personal accomplishments, new babies, loves, breakups, and everything else that makes headlines in our world. Past winners include Brad Pitt, Angelina Jolie, Johnny Depp, and two-time champion Robert Pattinson. The familiar favorites like Kristen Stewart, Ryan Gosling, and Beyoncé Knowles all landed high spots on the list as expected, but there were some new faces who skyrocketed to the top. See if your favorite celebrities made the 2012 PopSugar 100 list and let us know what you think of the list in the comments! 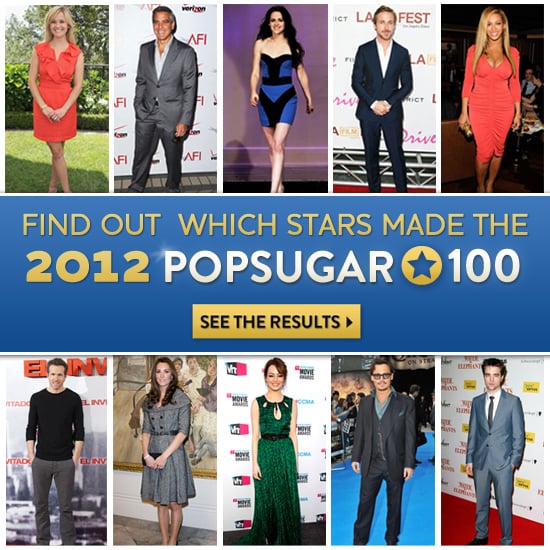 See Who Won the 2012 PopSugar 100!  originally posted on POPSUGAR Entertainment News
PopSugar 100
Around The Web