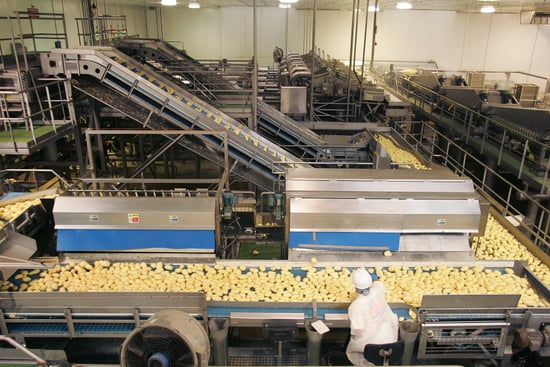 It's Eco Month on YumSugar and with the recent spotlight on "pink slime" and this past week's new case of mad cow disease in America, I've been giving a lot of thought to the way America's food systems operate. After rewatching the Oscar-nominated documentary Food, Inc., which brought to light even more harsh realities about our country's food production and consumption, I thought I'd put together a quiz on some of the statistics I learned while viewing the film. What do you know about commercial food production and consumption in America today? Get started below to find out.

What Do You Know About America's Food Systems?

How many food products are stocked in the average supermarket?

T/F: 40 percent of the hamburger meat in the United States is sprayed with some type of ammonia.

How many pounds of meat, poultry, and fish does the average American eat per year?

How many pounds of meat, poultry, and fish did the average American eat in 1960?

T/F: The organics industry is growing.

Who is the number one buyer of ground beef in America?

Which of the following is not one of the top five meatpacking companies in the United States?

What percent of food in the supermarket contains at least one genetically modified ingredient?

Who is the top producer of corn in the world?

What is the average salary of an American chicken farmer?

Corn plays a central role in a shocking number of everyday foods. Which of the following foods does not contain corn?

Healthy Living
If You Suffer From Back Pain or Neck Tension, Grab a Band and Do These 5 Pilates Stretches
by Jenny Sugar 23 hours ago