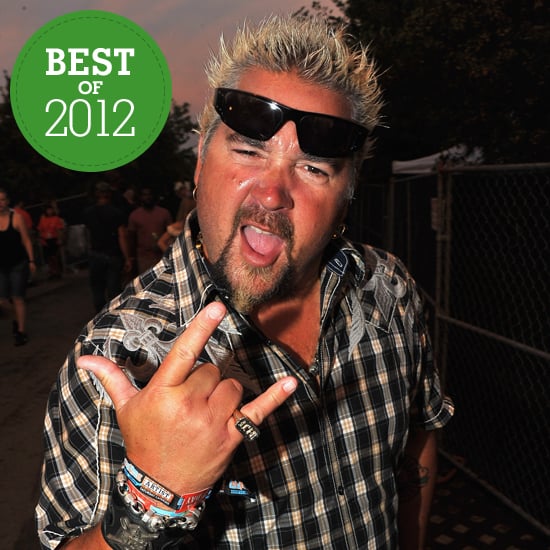 This was a shocking year for food celebrities, with Paula Deen announcing her controversial diabetes diagnosis, Guy Fieri opening an utterly abhorred restaurant in Times Square, and Anthony Bourdain airing his last season of No Reservations and leaving the Travel Channel. In terms of food politics, who could forget the pink slime controversy, affecting fast-food restaurants across the nation, and Mayor Bloomberg banning extra-large sodas in NYC? It wasn't all about the bad news, though. Julia Child fans across the world cooked through Mastering the Art of French Cooking to commemorate what would have been her 100th birthday!

We've narrowed it down to what we consider to be the top 10 headlines of 2012, but here's where you come in: vote in our poll to decide which news story was the biggest of them all.

Image Source: WireImage
Food NewsBest Of 2012
Around The Web

Food News
Barefoot Is Releasing a "Wine-Based Hard Seltzer," and Boy, I Like the Sound of That
by Victoria Messina 3 days ago

OREO
Easter Egg Oreos Are Returning Soon, and This Time, They're Pink!
by Victoria Messina 3 days ago

Sam's Club
Sam's Club Is Dropping Popcorn Covered in Oreo Crumbles, Made For Salty and Sweet Snacking
by Chanel Vargas 1 week ago

by Karenna Meredith 32 minutes ago