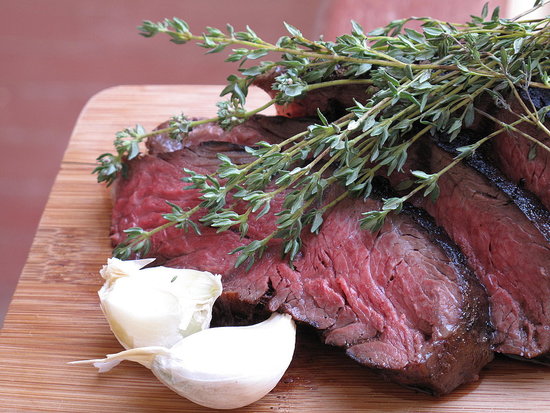 After I found myself drooling over CasaSugar's steak frites, I realized I was long overdue to make a large, juicy chunk of beef for dinner. That's when I remembered an interesting recipe I'd come across for a steak marinated in cachaça, the national liquor of Brazil. Although the meat should sit in this marinade for a couple of days, the prep is minimal, which makes this recipe an overall piece of cake.

A week later, I'm still waxing poetic about the dish and its bold, robust flavor; if you've ever had Chinese drunken chicken, this steak possesses the same booziness factor. Ask your butcher to give you the flattest, thinnest hanger steak he has; it'll make for a more even-cooking, attractive piece of meat. For a different steak dinner, keep on reading.