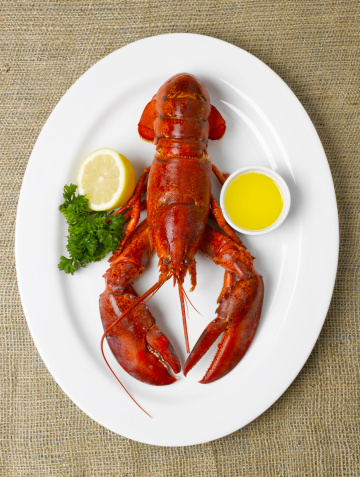 We're at the height of shore food season, and with an overabundance of lobster this year, it's been near-impossible not to spot the red crustacean just everywhere, from atop guacamole to sandwiched between a million different lobster rolls. It all makes me want to go out and get my own lobster to steam with drawn butter.

Yet, as someone who's new to the world of cooking live lobster, two things still haunt me: the memorable kitchen scene from Annie Hall, and the lore that lobsters scream in agony when you boil them. I can't do anything about the former, but I sought out sources to either corroborate (or negate) the latter. Keep reading to find out if lobsters really scream when boiled.

Lobsters, it turns out, don't have vocal cords, so it's technically impossible for them to scream, argue Bruce Weinstein and Mark Scarbrough, authors of Lobsters Scream When You Boil Them: And 100 Other Myths About Food and Cooking. That whistle you occasionally hear? It's more likely to be the sound of steam escaping from a lobster's shell as it cooks.

It's impossible to ever know whether or not a lobster can feel pain, but according to neurophysiologists, lobsters have a basic nervous system that's far too simple to process pain. For the smoothest process possible, seafood industry folk recommend putting them in a pot of salted ice water to anesthetize the lobsters before cooking them. Have you ever cooked live lobster?