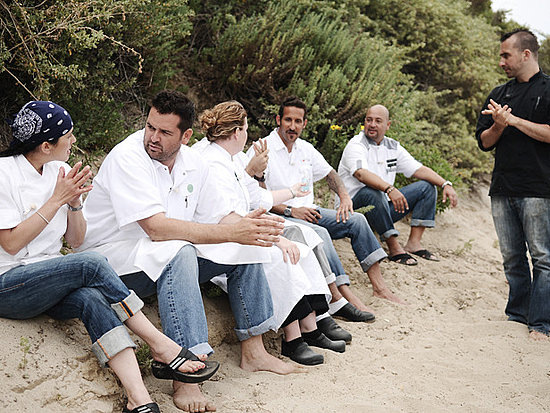 The third season of the Food Network's Next Iron Chef competition is in full swing. While the show lets viewers get to know the personalities of the participating chefs, it doesn't provide much insight into their backgrounds. That's why I put together this fun quiz. I'll ask you a question about one of the chefs and you have to name which contestant it is. Ready? Allez cuisine!

What Do You Know About the Next Iron Chef Contestants?

Whose dad owns one of the most influential American restaurants of all time?

Who published the cookbook Salt to Taste last year?

Who was called by the producers of the show on a Friday night while in the kitchen?

Who believes cooking with sardines is tough?

Who originally studied to be an architect?

Who comes from a family of chefs and restaurant owners?

Which chef turned down a chance to compete on Top Chef Masters?

Whose ideal secret ingredient is mangoes?

Who believes more home cooks should learn how to butcher animals?