A 360 English Breakfast with Gordon and Matilda

With just under a week until America's best home cooks enter the MasterChef kitchen, here's a look at how Tilly and I cook at home ! Here's my first Facebook 360 cooking demo ! Join Tilly and I as we make one of our favourites, a full English Breakfast

If you've ever wondered what the inside of Gordon Ramsay's personal kitchen looks like, allow this video, shot with a 360 camera, to give you the inside scoop. However, you may not want to turn away too long from the banter between the chef and his youngest daughter, Matilda, whose quick wit hilariously puts Gordon in his place. They make a full English breakfast together, which includes chive-topped scrambled eggs, toasted leftover croissants, bacon, seared tomato halves, and sausage.

"For the scrambled eggs" Chef Ramsay implores his daughter to "please follow Daddy's recipe," and like any independent daughter, Matilda retorts, "No, I'm making my own!" Later on, Gordon asks her, "What's it like having a dad as best chef in the world?" and without skipping a beat Matilda responds, "Once again, you're not Jaime Oliver, so I don't know . . ."

The entire video is full of these laughable lines, but it also has some key details worth mentioning, including if you move the camera to the left, you'll see Gordon Ramsay's shockingly extensive wine cellar. I was also pleased to see that Gordon uses a Scanpan (my favorite nonstick pan on the market) to toast the croissants and to cook the bacon. He's also a big fan of tongs — they are the only cooking utensil he uses throughout the video. 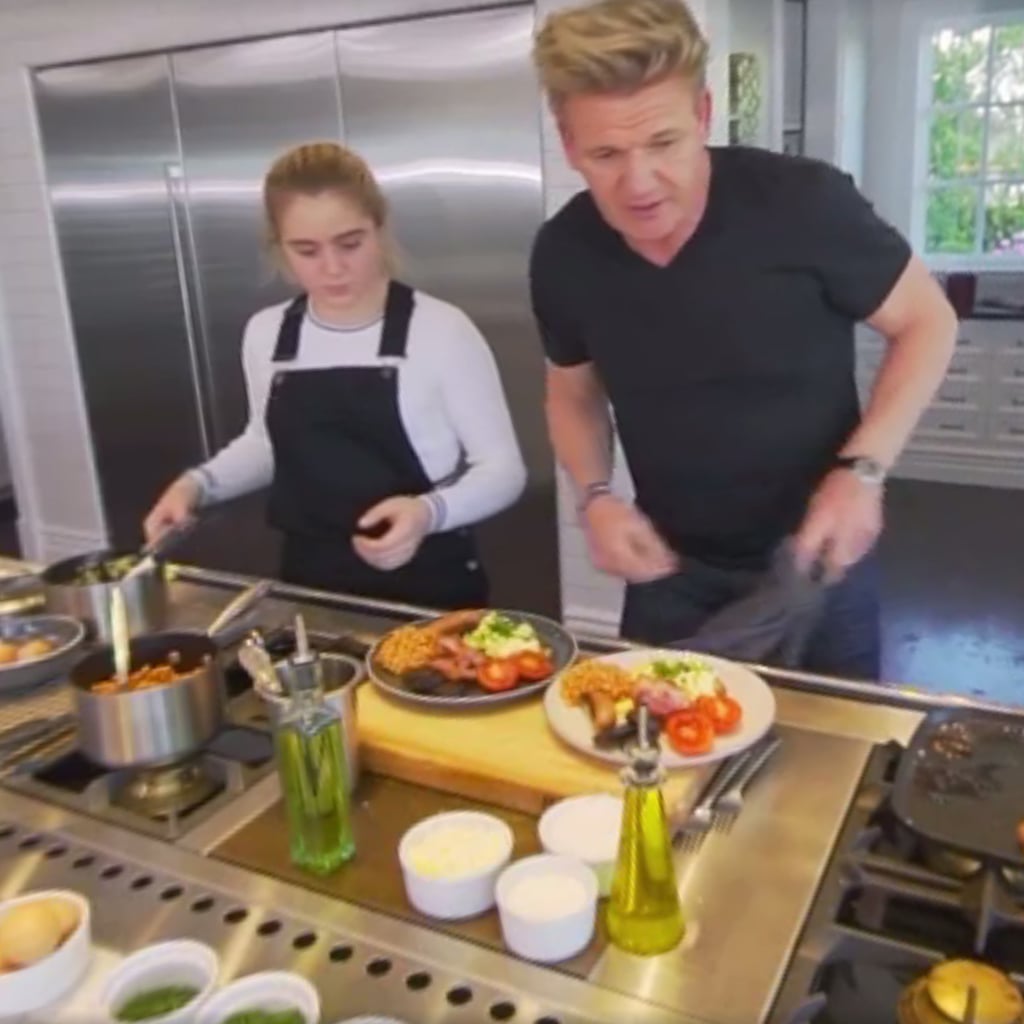 Food News
If You're Not Spiking Your Ice Pops Like This, You're Simply Doing Summer Wrong
by Victoria Messina 11 hours ago

Food News
Free Dunkin' For National Nurses Day? Sure! Just Show Your Badge or ID, and Sip Away
by Samantha Brodsky 14 hours ago