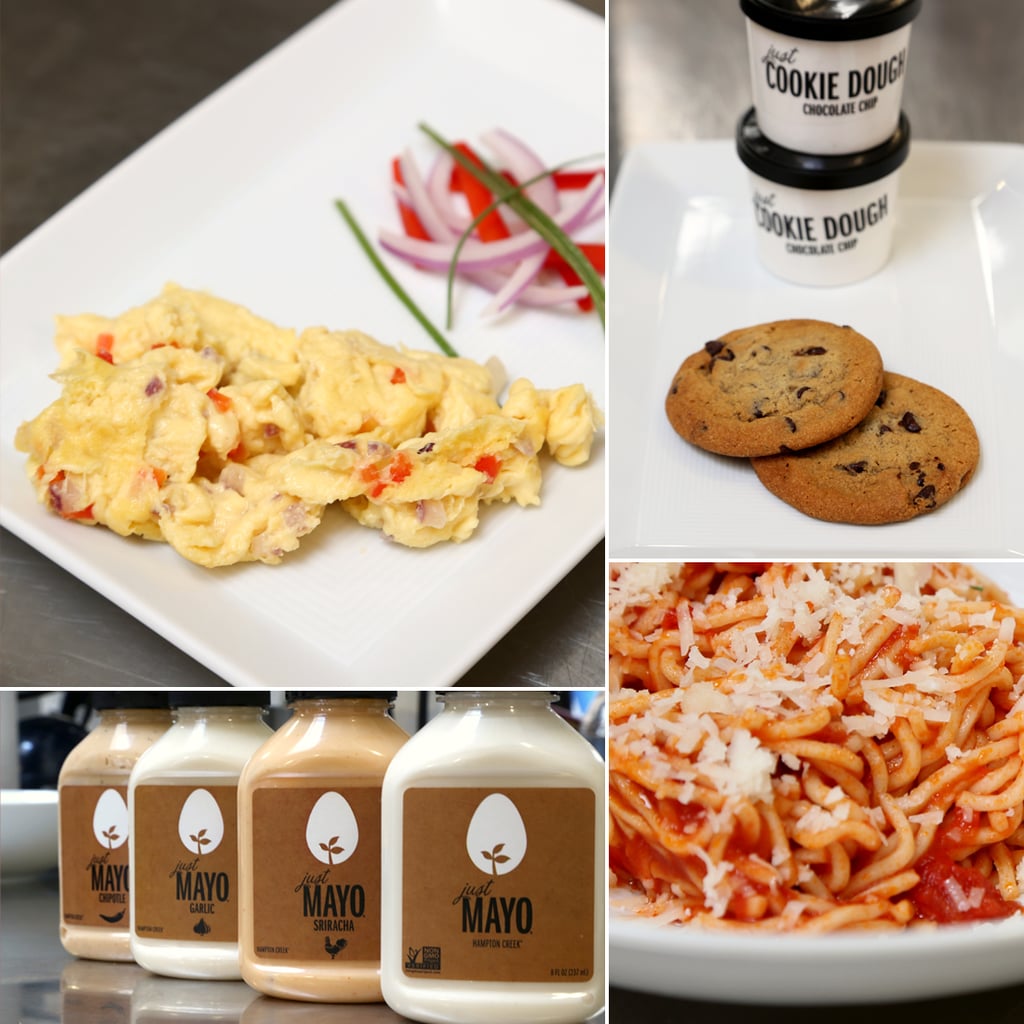 Freak Out! Safe-to-Eat Cookie Dough and Egg-Free Scramble Are Headed to Grocery Stores

Hampton Creek may have started as a producer of a plant-based powdered egg replacer, but in the past year, its efforts have expanded dramatically to include plant-based mayo, chocolate chip cookies, and even an egg-free scramble. Also in its future: noodles, ice cream, and dips — and that's just scratching the surface.

The food technology company has plans to replace conventional food dye, sugar, trans fats, and MSG with plant-based substitutes, formulated in its lab. The substitutes aim to taste just as good (if not better) than the standard products while costing less monetarily and environmentally. "Delicious, easy, and affordable" and "Better for the planet" are just a few catchphrases you'll hear chirped at Hampton Creek.

Just don't call the company or its products "vegan." CEO and founder Josh Tetrick explains, "I am vegan, which is the irony. We don't find change happens when we present ourselves as vegan. Most people here [at Hampton Creek] are not vegan. The more that we can figure out how to fit within the everyday eating of regular people, the better for us. Otherwise, it's small, niche, and not us."

Instead of targeting and marketing its brand to health food stores and health-conscious individuals, Hampton Creek aims to infiltrate the food system on a mainstream scale. The company has since halted public distribution of its Beyond Eggs egg-replacer to work with a major food supplier who wants to use the ingredient. Compass Group, a catering company that served four billion meals last year, replaced its conventional chocolate chip cookies with Hampton Creek's Just Cookies. And the company has hopes that one day, Just Mayo will become the conventional mayo slathered on the burger buns of fast-food chains.

Curious about the egg-free Just Scramble and soon-to-be-released Just Cookies, I stopped by the Hampton Creek office/lab/test kitchen to see, taste, and believe for myself whether the company has cracked the chicken-egg code.

Food News
The "Edward Drink" at Starbucks Is Going Viral, and Here's Why
by Lauren Harano 3 days ago

Food News
A Cheez-It Cake Now Exists, and You Can Buy It Online If You So Choose
by Victoria Messina 4 days ago