Despite closing its doors in July 2011, famed Spanish restaurant El Bulli and its fearless leader, Ferran Adrià, continue to inspire the restaurant world. Though only a small fraction of people were able to gain entry to the sought-after dining room, El Bulli received plenty of buzz for its development of nouvelle cuisine and experimentation with molecular gastronomy. Chefs around the globe have sought to emulate, improve, and modernize the dining experience, using El Bulli as the prime example of success. As El Bulli gears up to reopen as a foundation, it's sharing history, artifacts, and key philosophies of the restaurant through a museum exhibit entitled El Bulli: Ferran Adrià and the Art of Food, at the London Somerset House until Sept. 29. Prepare to be astonished by some rich learnings about the restaurant and its chef. 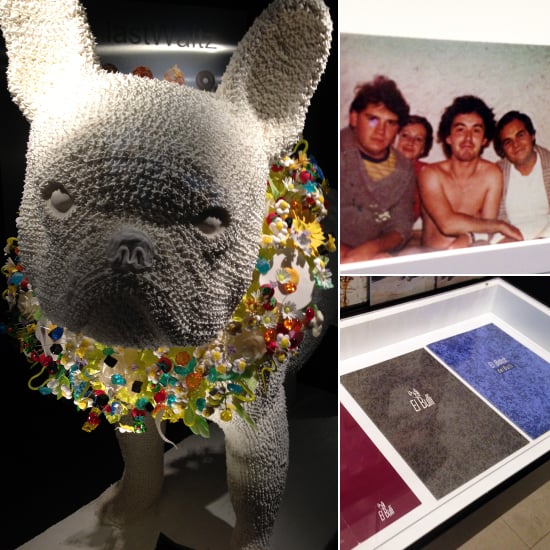 (Clockwise from left) A larger-than-life bulli made from meringue, a young Ferran Adrià in the center, and old El Bulli menus

(Clockwise from top left) A collage of every El Bulli dish ever made, a model of the El Bulli foundation, frozen water, and the entire El Bulli catalog

Netflix
8 Fun Facts About Syd and Shea McGee, the Couple Behind Netflix's Dream Home Makeover
by Kalea Martin 1 hour ago

Food News
Cracker Barrel's 2020 Thanksgiving Dinner Options Are Here, and They Start as Low as $40
by Emily Weaver 4 days ago

by Alessia Santoro 41 minutes ago