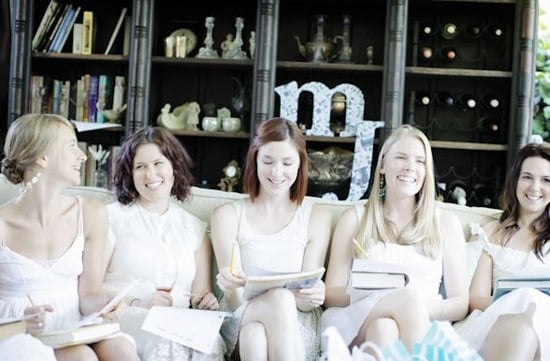 When a couple decides to get married, they aren't just signing up to host a wedding, they are also committing themselves to a lot of parties that happen along the way. An engagement party, shower, and bachelorette are all commonly associated with weddings. But with so many parties, it's hard to keep them all straight! That's why I've created this handy guide that explains everything you need to know — from the proper time to host a shower to the first person to toast at the wedding. Read on for all the details.

Engagement Party
After he's popped the question, one of the first things you should ask yourself as an engaged couple is do we want to have an engagement party? In the past, engagement parties were thrown to announce the engagement, but now, most people know about the promise to wed.

When to throw it: The engagement party should happen soon after the couple is engaged (two to four months after) and before the save the dates for the wedding are sent.
Who to invite: Everyone who is invited to the engagement party should be invited to the wedding. It doesn't have to be the exact same guest list; often, the engagement party is more intimate than the wedding. It's the ideal time for the bride and groom's families to meet, so invite both families. Close family friends and friends of the couple should also be included.
Traditional host: The bride's parents. However, anyone from the couple's best friends to the maid of honor's aunt can offer to throw an engagement party.
First toast: It depends on the host. If the party is thrown by the bride's parents, her father should give the first toast. If it's thrown by anyone else, the host should start off the toasting.
Gifts: Gifts are not customary, but some people may want to bring them. Thus, the bride and groom should register, at least part way, before the engagement.
Menu: A spread of appetizers or desserts, a themed dinner (like Mexican or Italian), or catered nibbles are all excellent options.

Bridal Shower
The bridal shower is a feminine celebration of the bride in which she is showered with gifts. It's OK for a bride to have more than one shower; however, the same guests should not be invited to each of the showers. 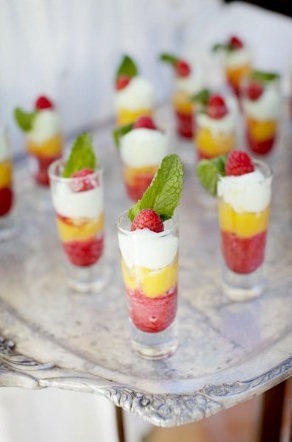 When to throw it: Anywhere from a couple of months to a couple of weeks before the wedding.
Who to invite: The bride's closest female friends and family members. Everyone who attends the shower should be invited to the wedding.
Traditional host: The maid of honor, bridesmaids, or another good friend of the bride. Traditionally, the bride's immediate relatives (mother, sister, etc.) should not host the shower. Both the bride and the hostess should greet guests as they come to the party.
First toast: Toasts aren't a necessary ritual at bridal showers; however, the hostess can certainly say something before the bride begins to open presents!
Gifts: Guests should bring a gift, preferably an item off of the registry. Although the decision is up to the host, it's perfectly acceptable for the invitation to include registry information.
Menu: Afternoon brunch, lunch at the bride's favorite restaurant, or tea are delicious ideas.

Couple's Shower
Instead of simply having a bridal shower, many modern couples like to have a party together. This sort of thing, a couple's shower or Jack and Jill party, is becoming more and more popular. It can have a theme and should be closer to a cocktail or dinner party than it is to a normal shower. Make it clear on the invitation that the shower is coed.

When to throw it: Anywhere from a couple of months to a couple of weeks before the wedding.
Who to invite: The couple's close friends and younger family members. The bride and groom's grandparents may not understand the point of a couple's shower.
Traditional host: Since this is a nontraditional shower, anyone can host it.
First toast: Toasts aren't a customary ritual at showers; however, the host can certainly say something before the couple begins to open presents!
Gifts: Guests should bring a gift, preferably something off of the registry. Home goods and guy-friendly gadgets are also welcome.
Menu: Think along the lines of an afternoon barbecue, cocktail party, or dinner at the couple's favorite restaurant.

Bachelorette Party
A celebratory goodbye to life as a single lady is a ritual that most brides take part in. The bachelorette party has transformed as of late: it's not just a wild night out where too many tequila shots are consumed. Many people plan a weekend-long affair, like a wine tasting trip to Napa or spa retreat at the beach. 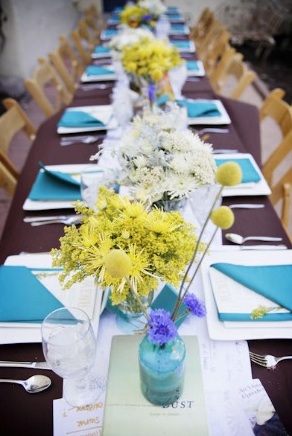 When to throw it: Avoid hosting the bachelorette too close to the wedding. You don't want anyone to be hung over on the big day! A couple of weeks and up to two months before the wedding is a great time for the bachelorette. Be sure that the bridal shower and the bachelorette are spaced out; you don't want to ask friends and family members to commit to consecutive weekends of parties.
Who to invite: The bride's best girlfriends and sisters. A smaller guest list is better than a larger one.
Traditional host: Although anyone can host the bachelorette, normally a member of the bridal party, like the maid of honor or a couple of the bridesmaids, do the bulk of the planning.
First toast: There's no traditional toast at a bachelorette party, but if a dinner's involved, it's fun to ask everyone to say a little something about the bride. A favorite memory or the qualities that they most admire in her are good starting points.
Gifts: Presents aren't necessary at a bachelorette, but many people like to give the bride silly or sexy (lingerie) gifts. If there is going to be a present-opening ceremony, the hostess should make sure that each of the guests knows to bring a gift.
Menu: Serve the bride's favorite foods, hit up a hot spot, or have a meal at a beloved restaurant.

When to throw it: The night or day before the wedding, after the rehearsal for the wedding ceremony has taken place.
Who to invite: The entire bridal party and anyone who was at the rehearsal for the ceremony. Other family members, close friends, and those who are traveling to the wedding can be invited, too.
Traditional host: The groom's parents. However, close friends or the couple themselves can plan the rehearsal dinner.
First toast: If the groom's parents are hosting, the father of the groom should give the first toast, welcoming everyone. The father of the bride is next and after that, anyone who wants to say something should be able to make a toast. It's a great time for the bride and groom to thank their friends and family members and present members of the wedding party with small gifts of appreciation.
Gifts: Gifts are not required at a rehearsal dinner.
Menu: The possibilities are endless: it can be a Latin-themed feast, family-style meal, or dinner at the couple's favorite restaurant.

Wedding
Finally, the big day has arrived! The wedding should be the biggest and best celebration of all, so don't overlook even the smallest details. Make sure that your personality as a couple shines through. 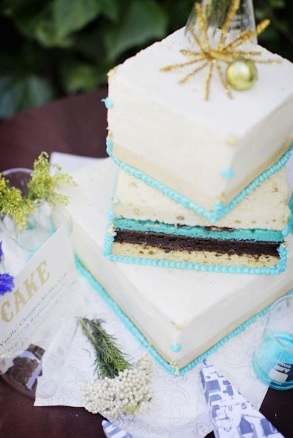 When to throw it: Whenever you want!
Who to invite: Family members, close friends, neighbors, co-workers, and anyone who has played a significant role in your life.
Traditional host: The bride's parents.
First toast: The VIPs are the only people who should speak at the wedding reception. The bride's father is the first to speak, then the best man and the maid of honor speak, in that order. The last person to speak should be the groom to toast his new wife and wrap things up. Traditionally, the bride doesn't speak because she is the guest of honor.
Gifts: The gifts for the wedding can be sent straight to the couple's home or left at a designated gift area at the reception.
Menu: There are no rules when it comes to the wedding menu. The bride and groom should serve whatever they want, be it an elegant short rib preparation or fried chicken.

Photos by Alders Photography via Style Me Pretty

Wedding
"In the Midst of an Unpredictable World," This Couple Had the Most Intimate Elopement
by Lauren Harano 4 days ago 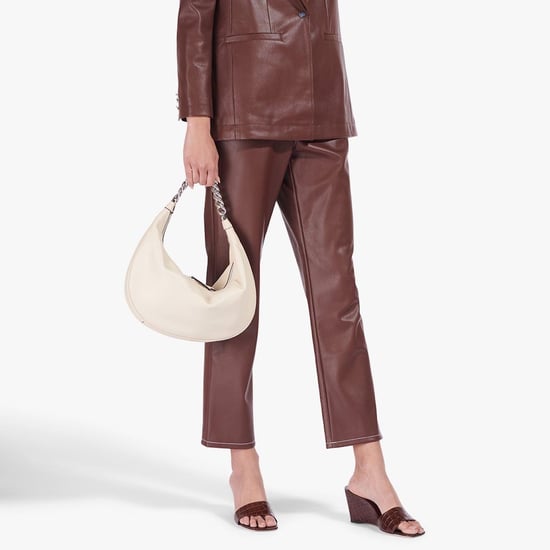