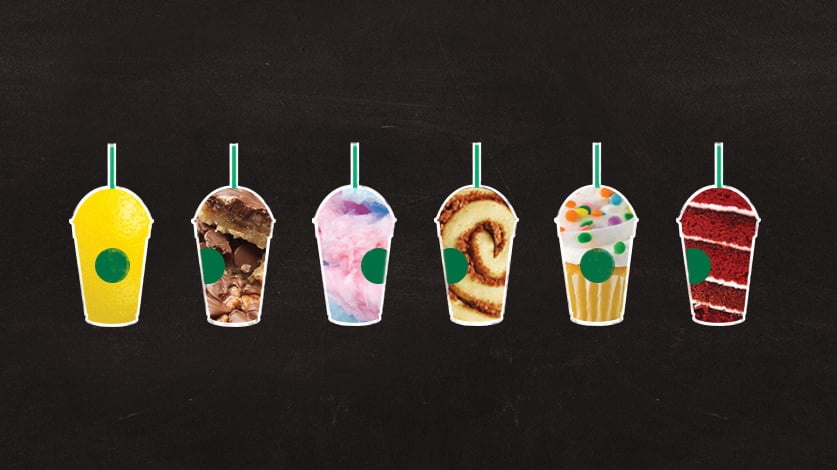 To celebrate the 20th anniversary of the Frappuccino, Starbucks has released six new flavors, created by fans, available in stores starting today, June 8. These go way beyond your mocha imagination; the lineup includes Caramel Cocoa Cluster, Cinnamon Roll, Cotton Candy, Cupcake, Lemon Bar, and Red Velvet Cake. These flavors won't stick around forever. During June 19-30, vote for your favorite in a "Frappuccino Flav-Off." The winner of the contest will be offered in stores July 3-6 at a special rate. While it's unlikely you'll try all six today, take a look at the pictures and descriptions of each flavor and tell us which ones you're dying to order.