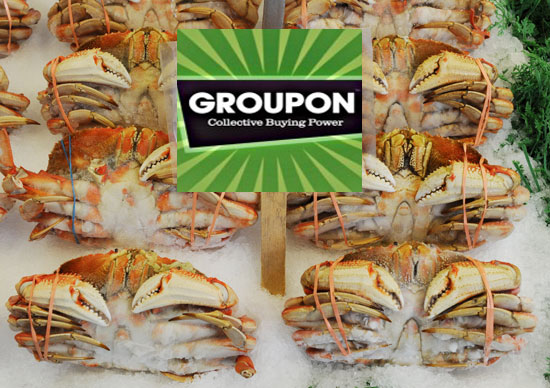 Hot off the heels of Groupon's much-discussed IPO comes news that the company is piloting a grocery discount program. The online daily coupon company has negotiated deals with Massachusetts-based supermarket Big Y Foods to offer Groupon discounts for groceries, such as 50 percent off on shellfish.

The catch? Customers who buy the deal will get the discounts credited to their Big Y loyalty cards upon checkout. If successful, it's an arrangement that would better suit merchants such as supermarket chains that have many locations and points of purchase.

Given a positive outcome, other grocers are on board to do their own promotions, Groupon says (although the company remains tight-lipped when pressed for names). As a shopper who scourges market aisles for the best deals, I'd be excited to see this roll out nationwide. What do you think of the concept?