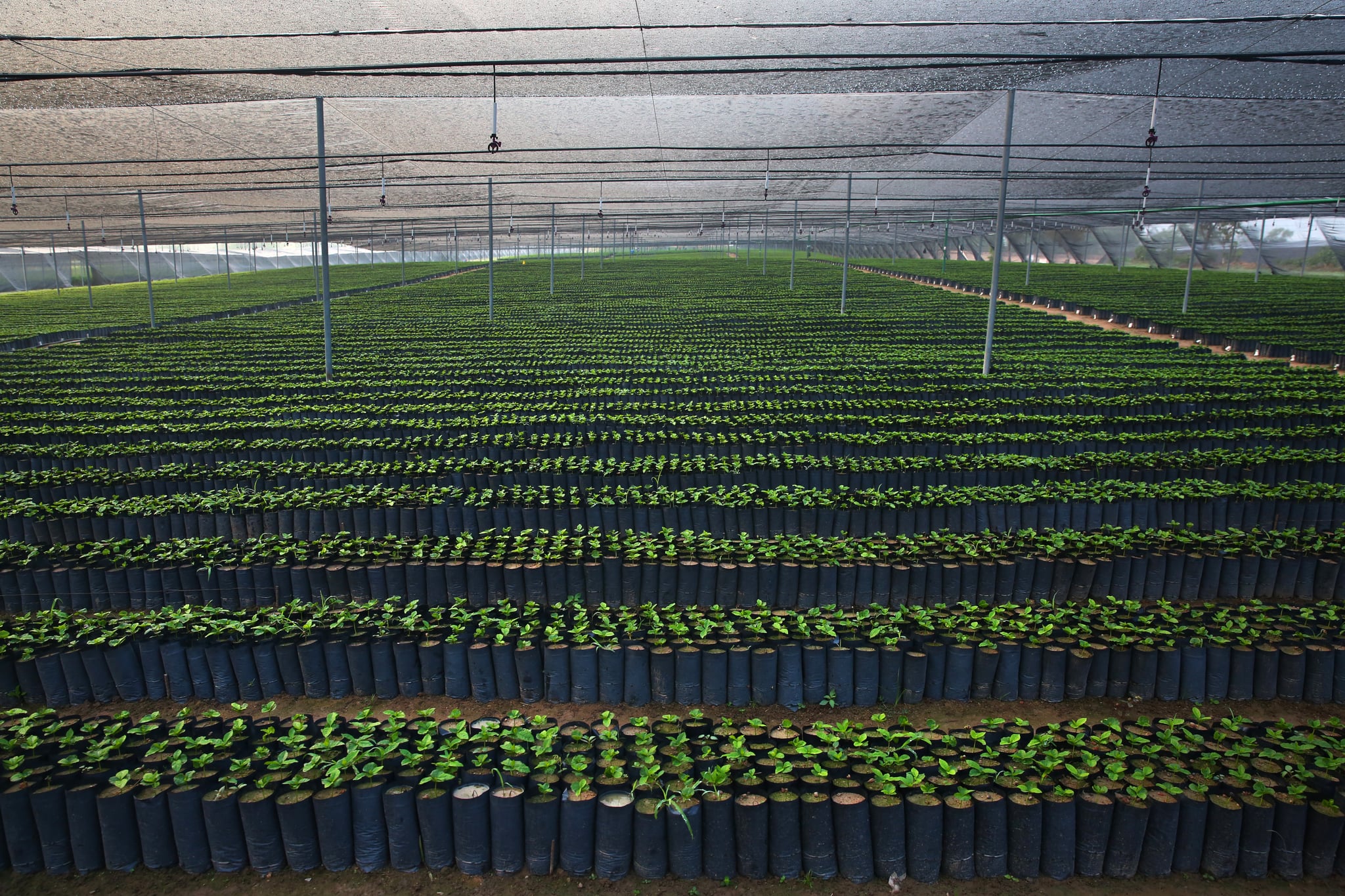 Instead of giving away free coffee, Starbucks is doing something like never before for National Coffee Day on Sept. 29. It's giving away a free coffee tree to a coffee farmer in need for every cup of brewed Mexico Chiapas coffee sold. The reason? Coffee rust, a fungus that attacks trees, is a serious problem affecting coffee farms in Latin America, and it makes it difficult for farmers to produce a high-quality product. Starbucks wants to do its part to combat the issue by giving away as many rust-resistant coffee trees as possible, which later grow coffee beans and eventually turn into one pound of finished coffee. According to a statement from Starbucks, "In just one year, the company has donated enough funds to plant 18 million rust-resistant coffee trees, 10 million of which have already been distributed this past Summer to farmers in need." So while you might not get a free Frappuccino this National Coffee Day, buying a cup of this brew is something you can feel good about while getting your morning caffeine fix.

Related:
8 Things You Never Knew About Starbucks, Straight From a Former Employee
Image Source: Starbucks
Food NewsStarbucksCoffee
Around The Web