Hot on the heels of its Emmy award for season six, the seventh season of Top Chef is heating up before the finale, filmed in Singapore, airs Sept. 15. Though many of you aren't feeling it this season, I've still been checking in on the action. Have you? Take my midterm test and see how you fare. 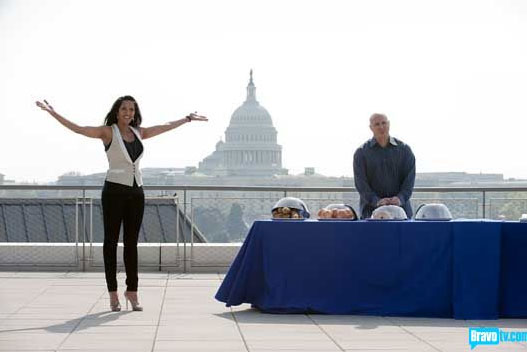 Who has NOT served as a guest judge this season?

What dish was NOT reinvented in the CIA covert challenge?

What was the gimmick in the Cold War challenge?

What was the name of the restaurant where the "Power Lunch" was held?

Which of the following has not been the setting for an elimination challenge this season?

On "Restaurant Wars," one restaurant was named for what foodie acronym?

What was controversial about the pea puree?

Who do the chefs cook for the in "Capitol Grill" challenge?

Which of the cheftestants owns a sandwich shop?