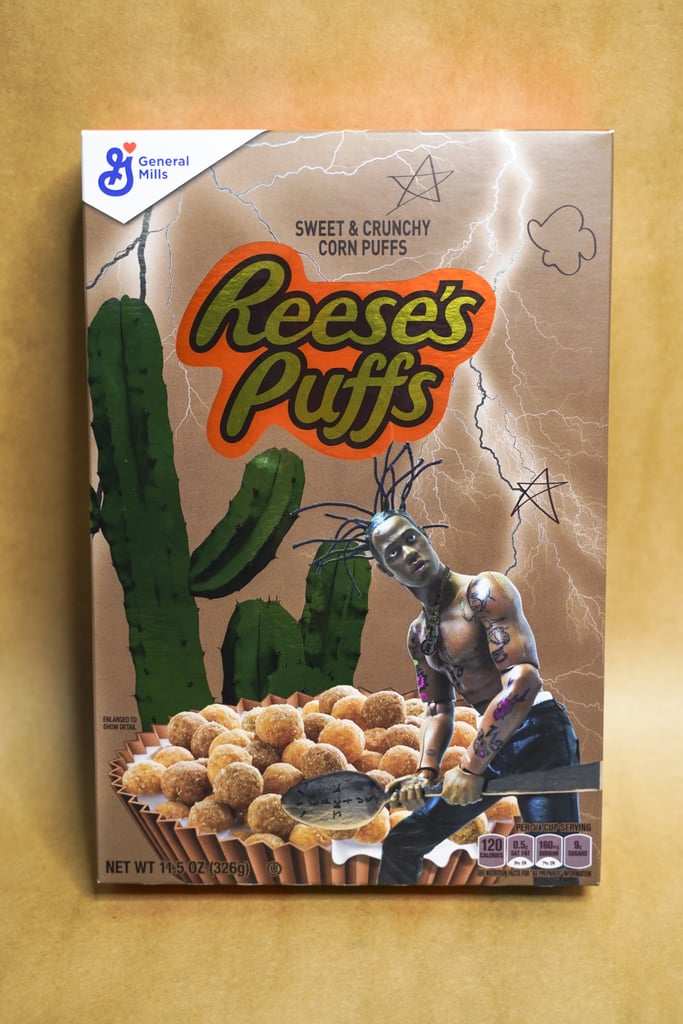 Yes, That Is a Shirtless Travis Scott on a Box of Reese's Puffs

Cactus Jack is the name of the rapper's record label, hence the cactus pictured alongside a cartoonish, shirtless version of Travis on the box. A limited number of the first special-edition design, which is encased in an acrylic box, will be released on June 25 on Travis Scott's website, and it'll cost you $50. My main concern, though, is whether or not Travis eats his cereal with milk à la Kylie Jenner.