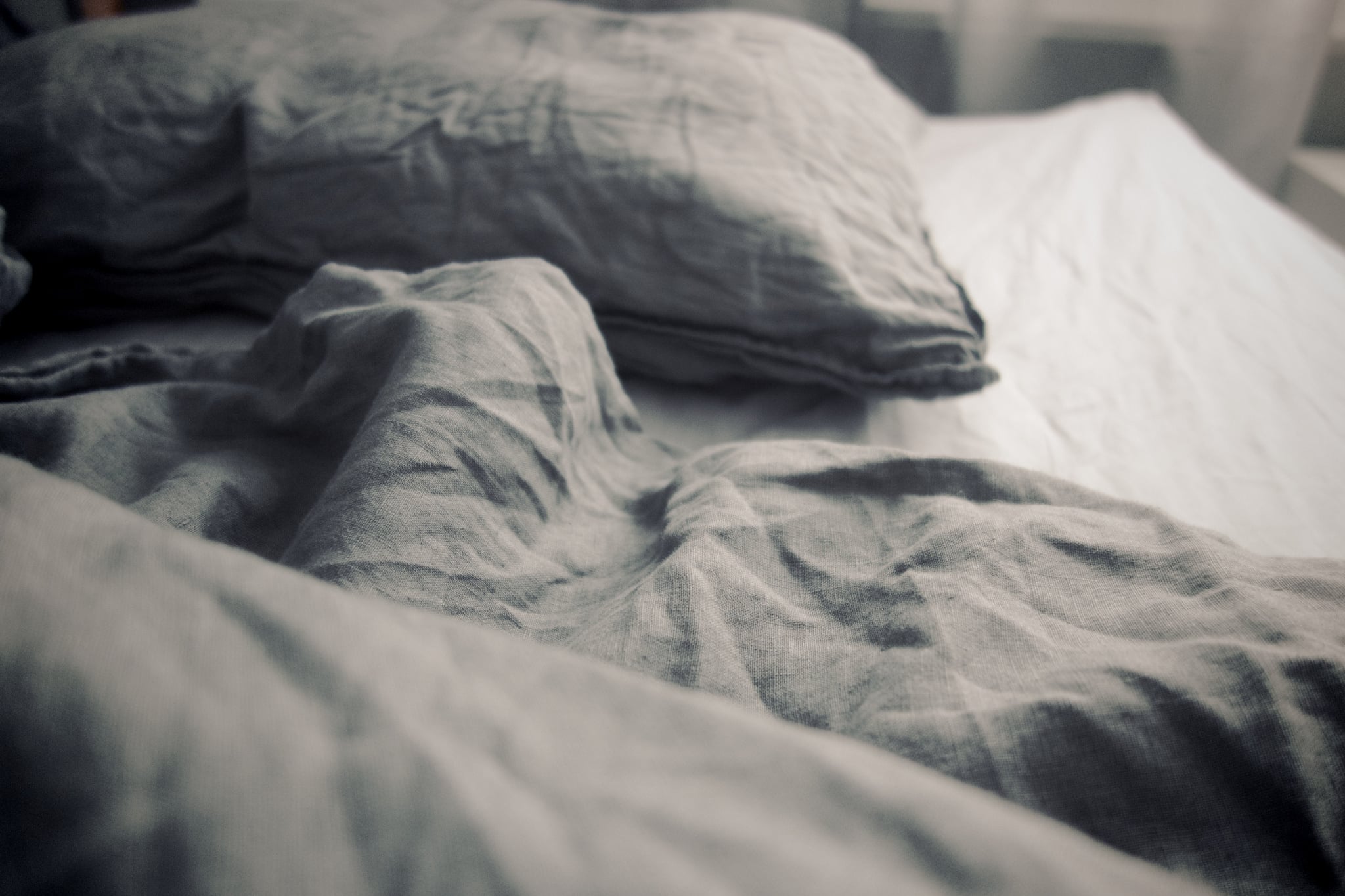 I know I'm one of a great many people who love sleeping, but honestly, my real obsession is bedding. I have a constant goal to create the coziest bed you have ever seen and could hope to snooze in. I judge hotels on their beds alone. I have dreams of opening a luxury bedding boutique. So, yeah, the fact that I have been committed to one brand of sheets for the last five years or so should tell you that I did my research before I decided that the best sheets for my buck were Pottery Barn's Essentials line. Crisp, cool to the touch, and soft without resorting to a sateen blend or some wacky technique to get the thread counts sky-high, I was sure I was in it for the long haul with these sheets. But this isn't a story about how these sheets and I fell in love. It's a story about our breakup.

See, I met new sheets. And I am never, ever going back to anything else. Enter: linen sheets.

Related:
I Bought These Storage Bags on Amazon, and Now I Have a Clean Apartment

My curiosity started with Pinterest. Images of sexy, rumpled linen bedding showed up in my feed, and the more I'd click on them, the more would show up. The pictures looked irresistible; unlike the perfectly staged beds with neatly made covers and impeccably fluffed throw pillows, these linen beds — with sheets, pillowcases, and duvet covers all made of linen — were different. Something about the lived-in quality and simple colors was so chic, and honestly, my bed needed a refresh. So obviously, my sway to the linen side was all aesthetic. But given that I had never even slept on linen sheets as far as I knew, and being an arbiter of all things cozy, I couldn't change such a major part of my life without doing the proper research.

Product reviews touted linen as ultrabreathable, due to being made of natural fiber, and the major benefit of that is that they are "cool in the Summer and warm in the Winter." Great, I thought, but how soft are they? Because that would be a major dealbreaker for me, aforementioned cozy person. Other reviews and blog posts insisted that linen sheets last "forever" and get softer with every wash. But . . . what about when they're new, fam? I don't have several years to wait before my sheets get comfortable. I need them hygge NOW.

That was admittedly what kept me from buying linen sheets for a while, but one day, when I was browsing Crate & Barrel, I was struck by shopping kismet: a set of linen sheets were on sale for $100 because they were missing a pillowcase. Since the other linen sheet sets I had been thinking of buying were all upward of $200, this was a major deal. But I hesitated in the store; the sheets didn't feel that soft. Linen is naturally nubby — it's part of its look — but I started to worry that I was making a social-media-inspired decision, not buying something I actually wanted. That only lasted a couple minutes. They were such a steal that I grabbed them and had them washed and on my bed faster than a Hollywood engagement.

Related:
I Found the Perfect Mattress and Liked It So Much, I Bought 2

At home, they looked great; so far, so good. But the real test was that first night's sleep. My husband and I both woke up the next morning shocked. But, like, shocked and well-f*cking-rested. Neither of us even woke up once to use the bathroom or even remembered stirring. Had we been exceptionally tired? Nah. It was the sheets. It was the sheets the next night, and the next, and the night after that. No, they are not crazy-soft, but they are . . . magic. It's the only way to describe it. Fine, it's not the only way, but it feels like magic when you realize one small change has given you the best night's sleep in years.

My assumption is that the whole natural-fiber thing that keeps you cool or warm is the key. My husband is a hot sleeper who usually kicks off the sheets and duvet at some point in the night, and my body goes hot and cold like Goldilocks in the night. I'm either freezing and need another blanket or waking up sweaty, no matter what season it is. After two months of using the linen sheets, no sheet kicking or blanket adding or night sweating has happened. The sheets seem to regulate your body temperature, so those fluctuations that would normally wake you up don't. This was just my theory after thinking about why we were sleeping so well, but it actually might be backed up by science. According to the National Sleep Foundation, your body temperature is "a key part of what regulates the circadian rhythm that determines when your body is ready to go to sleep and when it's ready to wake up." The linen sheets seem like they just keep you comfortable (read: asleep), no matter what.

And the question of how soft they are now? After a few washes, they do seem to be softening up, and at times, I've woken up and felt like they were spun silk. But that's just probably because I was having an amazing dream in the coziest bed ever.

Healthy Living
I Traded My Menstrual Cup For Period Undies This Month and Discovered This Gym Bonus!
by Jenny Sugar 21 hours ago

Birthday Parties
Why I Chose to Celebrate a Double Quinceañera and Embrace My 30s
by Maria G. Valdez 22 hours ago