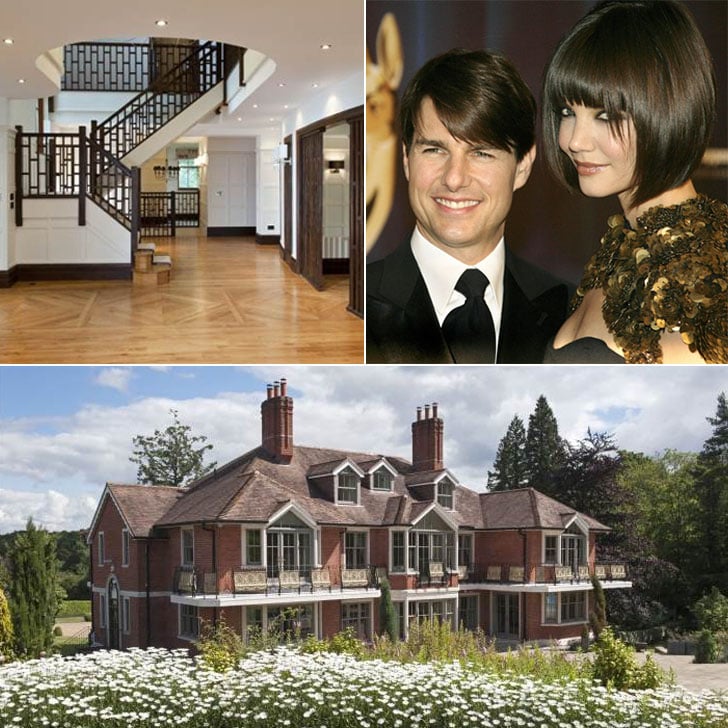 While Tom Cruise's Mission Impossible franchise keeps growing, his real estate portfolio is shrinking. The superstar has been selling off properties over the past couple years, including a $59 million Colorado lodge put on the market in 2014 and an $11.4 million Hollywood Hills estate he sold to actress Eva Longoria in October. Now, Variety is reporting that he just put Dormans Park, his charming English estate, on the market for about $7.4 million.

The four-floor, five- to six-bedroom mansion is located about 30 miles outside London and is not only notable for its grand design, but also because Tom purchased it with then-wife Katie Holmes in 2006. While the marriage didn't have a happy ending, the 11,331-square-foot house is happily poised to be a money-making investment since Tom purchased it for around $4.75 million, millions below its current listing price. The home sits on more than 14 acres and, despite its classic brick design, was built in 2003 – though parts of the original Victorian-era property still exist. In addition to the main residence, there is a 1,436-square-foot guest house perfect for visitors or staff.

Not surprisingly, the home is equipped with every luxury amenity and move-star-worthy feature, including a sprung-floored dance studio and gym, a luxe screening room, and a game room. There's as much to do outside the home as there is inside it. Encased by lush park-like gardens, the grounds include a heated outdoor pool, spa, tennis court, and a series of interconnected ponds.

We're guessing part of Tom's attraction to the property was its proximity to Saint Hill Manor, the former family residence of L. Ron Hubbard and current British headquarters of the Church of Scientology. It's located a short six-mile drive or four-mile walk from Dormans Park.