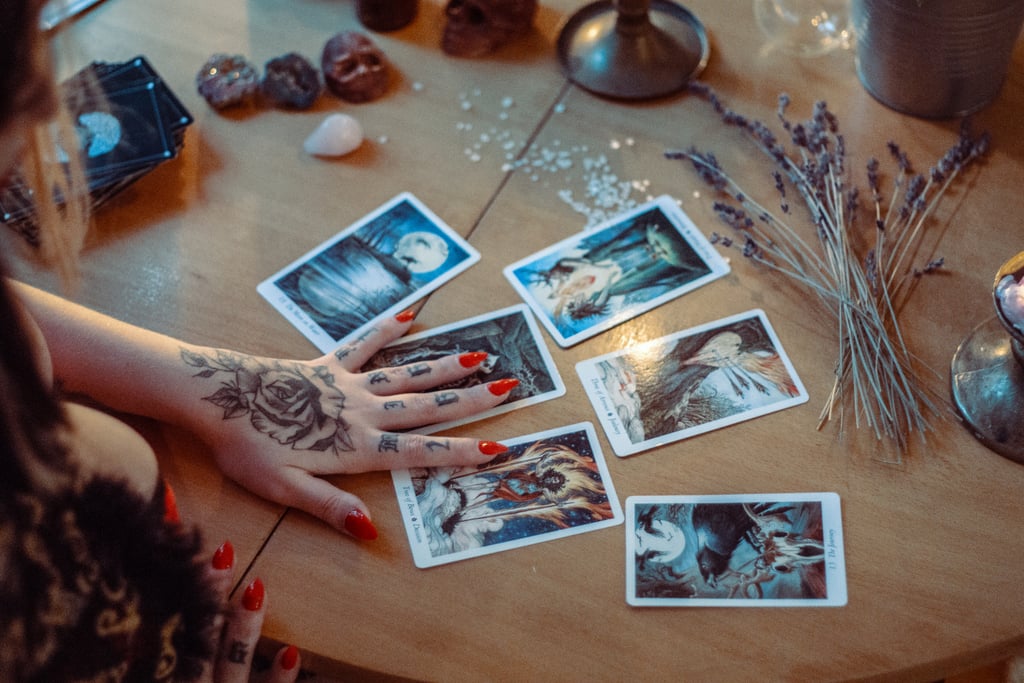 As more and more Latinxs begin exploring spirituality outside of the church, tarot cards are a great place to begin. Tarot cards are one of the most ubiquitous divining methods out there, along with ouija boards, crystal balls, and pendulums. The tarot is a deck of 78 cards that each have their own story and carry their own imagery and symbolism. The 22 Major Arcana cards (ex: the empress, the hermit, death, the fool) represent life's karmic and spiritual lessons, and the 56 Minor Arcana cards (cups, wands, pentacles, swords) reflect the trials that we experience on a daily basis. Tarot has been around as a European card game since the mid 15th century, but it wasn't until the late 18th century that it started to be used as a divination tool. The Rider-Waite deck was created in 1909, and although the cards were named after cocreators scholar Arthur Edward Waite and publisher William Rider, they were hand-drawn by Black artist Pamela Colman Smith.

It really is about time our communities destigmatize tarot, and it's not surprising that this generation of Latinxs are embracing tarot as they also begin to embrace and destigmatize their own ancestral practices. Platforms like TikTok and Instagram have made alternate forms of spirituality accessible to everyone and have helped sparked new widespread interest in tarot and tarot-card readings. This is especially true for people looking for safe entry points into their own spiritual practice, because anyone can learn to do a simple tarot reading for themselves. We love to see more women of color reclaiming divination as a form of self-care and personal growth.

And because it's 2022 and we care about supporting the community, it's also important that we support Latinx tarot readers and tarot-deck creators. Here are five Latinx-created tarot decks that anyone can pick up to begin their spiritual journey.

Related:
This Full Moon in Virgo Limpia Is All About Manifestation
Previous Next Start Slideshow
IdentityWellnessTarot CardsBrujeriaRace And Culture

Wellness
My Wellness Manifesto? Learn How to Choose Yourself
by Fariha Róisín 2 days ago