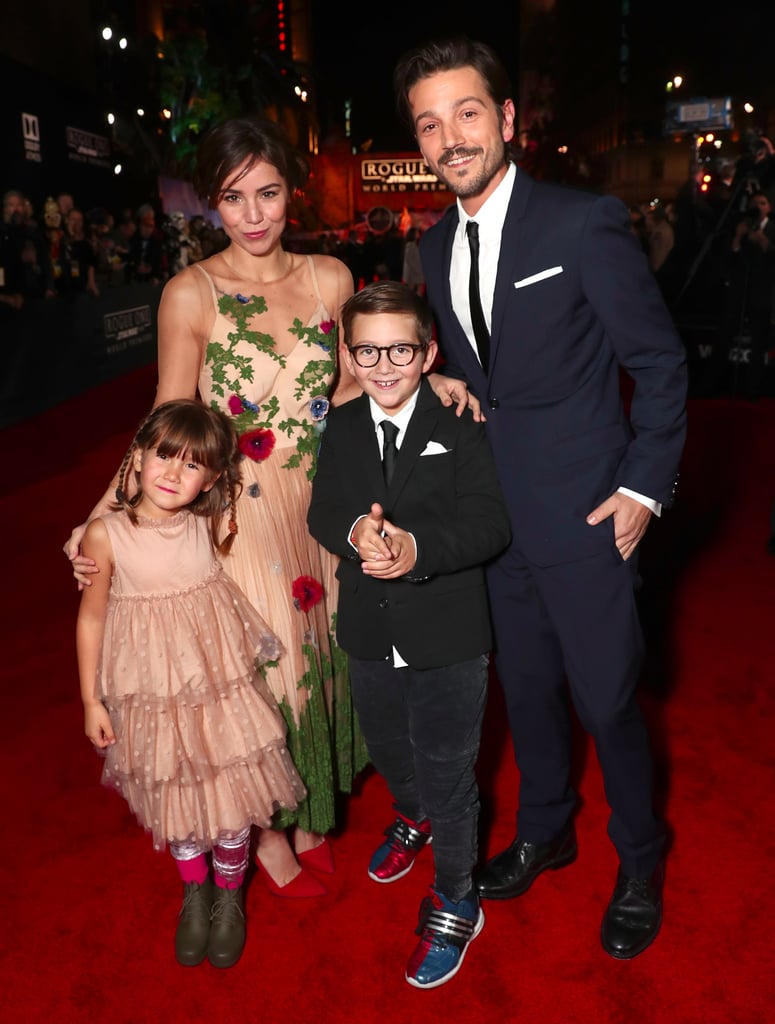 Talk about a super supportive family! Diego Luna brought his ex-wife, Camila Sodi (yes, Thalia's niece), and their kids to his big night at the world premiere of Rogue One: A Star Wars Story in Los Angeles. The couple, who divorced after five years of marriage in 2013, have remained close as they raise their children, Jerónimo and Fiona, so while it came as no surprise to see them walk the red carpet together, it was still adorable.

Diego, the first Mexican actor to appear in a large role in the Star Wars franchise, looked excited on the red carpet, posing with costar Felicity Jones, smiling wide and even raising his hands in celebration for photos. During an appearance on The Ellen DeGeneres Show, Diego talked about what it means to be part of this film, saying: "I was backstage looking at the clip going, 'I can't believe that's me.'" Scroll ahead to see the cutest moments of Diego on the red carpet, including a few must-see shots with his kids.