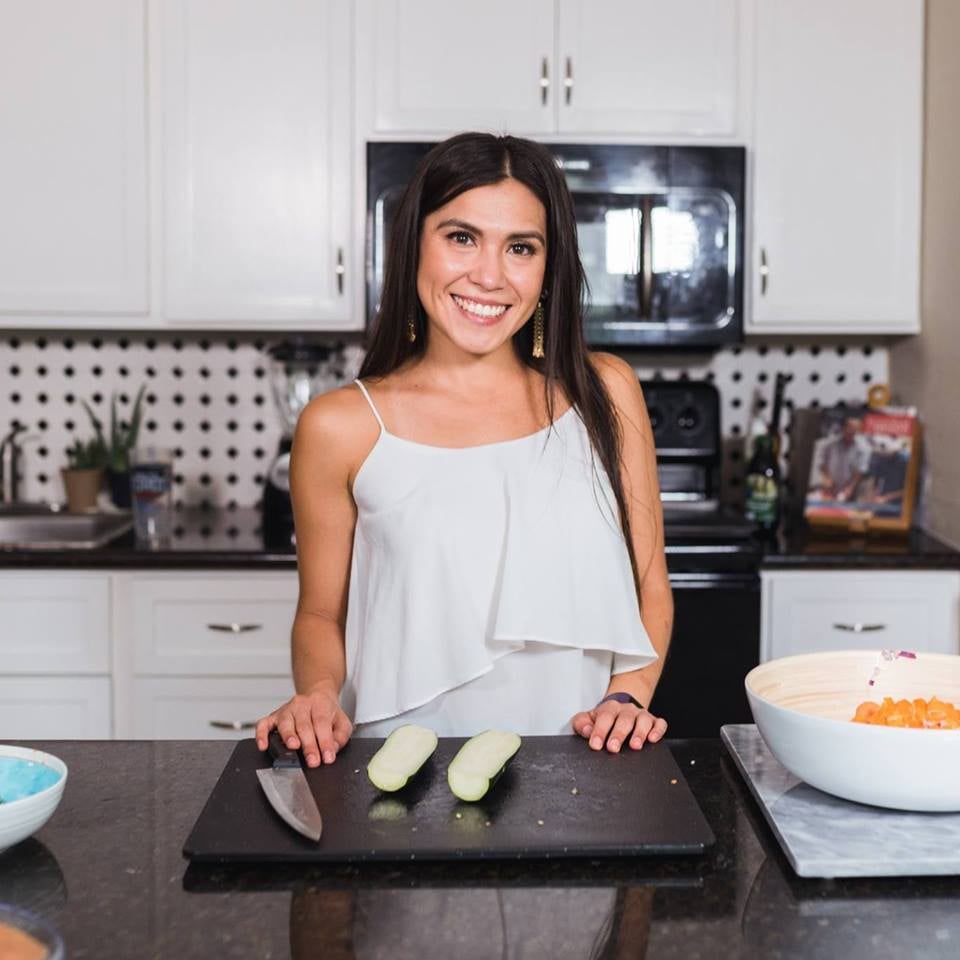 From ages 17 to 22, I lived with an eating disorder, which was ultimately diagnosed as anorexia when I was a sophomore at the University of Houston.

It started innocently enough when I was a junior in high school in South Texas. I felt the stress of studying for AP courses, and as a competitive runner, I was hoping to get recruited for a college team. My issues started with patterns of disordered eating (such as a self-inflicted restriction of carbohydrates) and I didn't even notice that I had lost 10 pounds until a teammate pointed my weight loss out to me. I had been running faster, so I viewed my weight loss as a good thing that was helping me in this regard.

My behaviors worsened in college, when I was competing on my university's track and cross-country teams. I'm a third-generation Mexican American, and there are very few Latinxs lining up in collegiate races — and even fewer Latinx women at that. I compared myself to everybody I saw, asking myself if they were faster because of the way they looked and if I would run faster if I looked like them. I wanted to display this image of what I felt a runner was supposed to look like.

Related:
I'm Latina and Go to Therapy — Here's How I Live With Both

After seeing me throw away a protein shake after practice instead of drinking it, my coach confronted me, telling me he knew what was going on and that I needed to tell my parents and seek help. If I didn't, he said, I would be kicked off the team. That might sound like a harsh approach, but I'm so thankful for that coach.

He connected me with a dietitian and psychologist who I could regularly see on campus. I was also fortunate to get financial assistance from my university's athletic department for my care. Research shows that eating disorders have the highest mortality rate of any mental illness. This is largely because many people dealing with an eating disorder don't have resources available to them or they can't afford treatment. I say all the time that I feel extremely lucky to have been in the right place at the right time to get help when I needed it.

I was initially scared and nervous to tell my Mexican parents about my problem . . . I wasn't scared so much about being judged as much as I just felt like I had failed at something.

I was initially scared and nervous to tell my Mexican parents about my problem even though they were already somewhat aware of it. They had expressed minor concerns about my weight loss in high school, but assumed it just came with the hard training I was putting in. I wasn't scared so much about being judged as much as I just felt like I had failed at something and this was going to stand in my way of being successful in school and as an athlete.

I'm so thankful that they were a part of my very strong support system. They understood that I couldn't come home to South Texas to get better because I was in school in Houston, which is home to the largest medical center and some of the best healthcare facilities in the country. Those resources wouldn't have been available to me back at home. I'm also grateful for my older sister, who initially pointed out that I had a problem, and then was there to give me tough love when I needed it after I sought treatment.

Related:
Why "You Look So Skinny" Is the Worst Compliment You Can Tell Me

In my work now as a clinical dietitian in Houston, I work with women (some of whom are pregnant), as well as boys and girls from infants to teenagers. I often see Hispanic girls as young as 10 coming in saying they want to look like some Instagram model or mothers telling their daughters, "Once you lose weight, you're going to look prettier," which I think is very sad. When I hear a parent make these comments, I try to get them to focus instead on the positive internal effects eating healthy can have, such as increased confidence, energy, and focus. I also always aim to drive the message that just because somebody is thin doesn't mean that they are necessarily healthy or feel better than others. Thin people can still be diabetic, have heart conditions, and suffer from depression.

It's hard to explain to a teenager that it's OK to be a healthy Latina woman and that you don't have to look like the skinny American "ideal."

I think a lot of Hispanic parents today don't really understand what it's like to be a first- or second-generation Latina. As Latinxs acculturate, you see more gaps between each generation. Whether it be food, music, more American cultural influences, or languages spoken, each new generation tends to have a harder time (at least from my perspective) connecting culturally to the previous generation. It's hard to explain to a teenager that you should be proud of your culture, what being a Hispanic or Latinx woman is about, and that it's OK to be a healthy Latinx woman and that you don't have to look like the skinny American "ideal."

While you don't often hear about the topic of eating disorders in the Latino community, body image and diet talk are definitely prevalent themes. While conditions like anorexia might not be as widespread as in other cultures, it's safe to say that most women in general have dealt with disordered eating patterns at some point in their lives, and that Latinxs are no exception. It's not uncommon to hear, upon seeing relatives for the first time in a while, "¿Qué estás comiendo?" "Te ves más grande," or "Te ves gordita." I was fortunate to never really experience anything like that as a child, but it definitely highlights the need to discuss these issues with young Hispanic girls.

During the five years that I dealt with my eating disorder, I also dealt with secondary amenorrhea, or the loss of my menstrual cycle, which eventually led to osteopenia (a condition that causes weakened bones that the body struggles to reabsorb to create new bone). In my experience, I've seen that many communities, including Hispanic ones, often teach girls that their period is something to be secretive about and hide, which is not a healthy way of thought.

We need to teach young girls that having your period is actually the healthiest thing for a woman, and when you're not having your cycle on time or at all or are experiencing things like abnormal bleeding, these are things that need to be talked about and addressed. I've since gained a lot of my bone back (as well as my period), but I've had to be very careful to avoid injury in my run training. 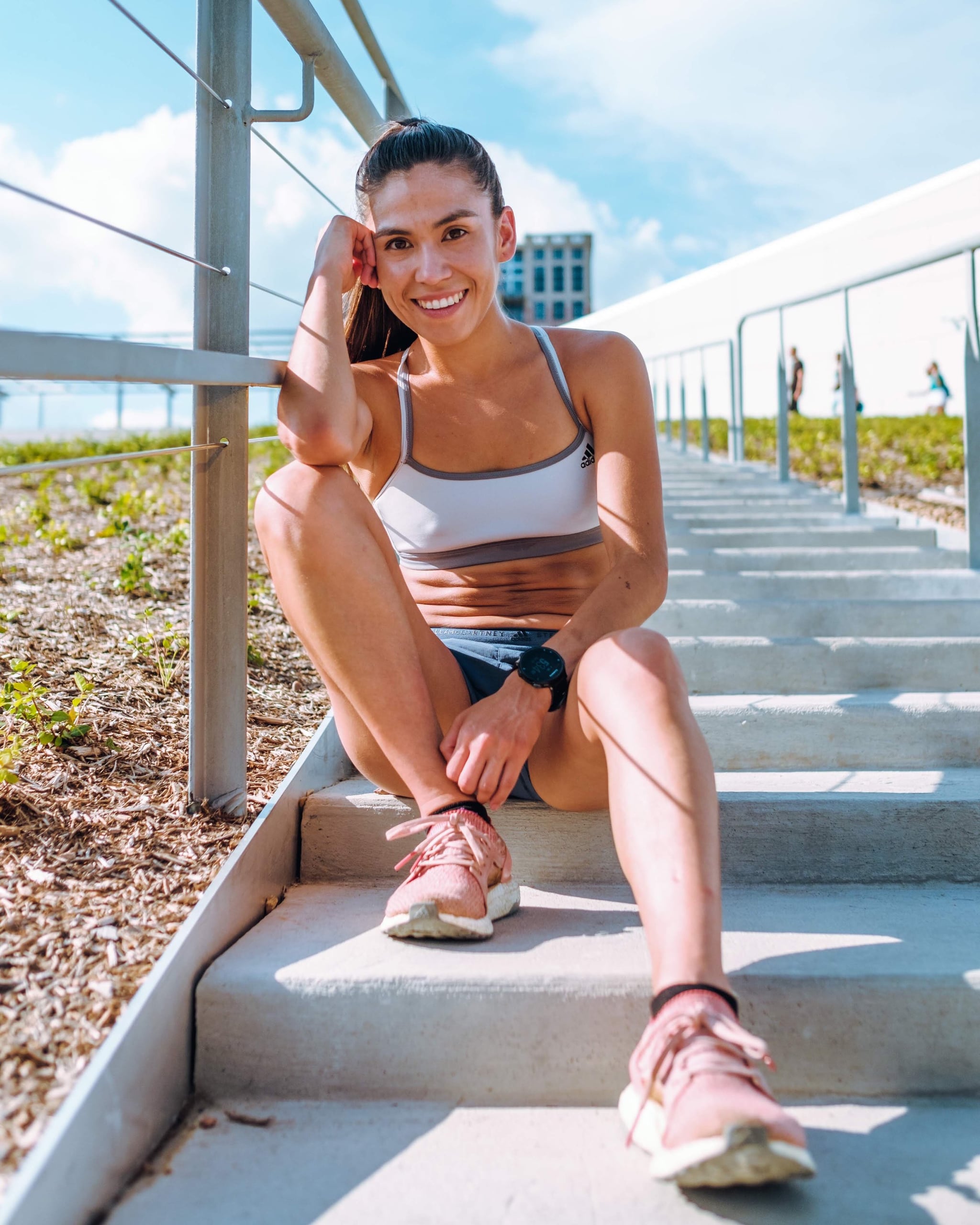 Although I graduated with my bachelor's degree in human nutrition and foods, I initially was unsure if I would still pursue a career as a dietitian, wondering if I was really ready to be helping other people just yet. I started my master's program in education right away, but I initially thought I might move over and pursue a career in cancer research or study health disparities among Latinxs. However, every time I started a new project, it always ended up being tied back to nutrition, whether it was fruit and vegetable intake among Latinxs diagnosed with cancer, prenatal supplementation and neural tube defects in Latinx women among the Texas-Mexico border, or even breast cancer rates among Latinas.

By the time I finished my master's degree, it was a no-brainer, and I applied for my dietetic internship right away. I knew I wanted to be able to help people develop a healthy relationship with food. I kept thinking back on how my dietitian helped me during my recovery and feel like I'm doing exactly what I'm supposed to be doing, helping to pass along the message of body positivity to my patients.

I accepted that I was a Hispanic woman, that these were my roots and I could still look and feel healthy. I accepted the fact that my body could be curvier.

Eventually, after entering recovery, I accepted that I was a Hispanic woman, that these were my roots and I could still look and feel healthy. I accepted the fact that my body could be curvier and that I didn't need to fit any stereotype.

My experience really changed how I defined my Latina womanhood. I grew up in a small town just 15 minutes from the Texas-Mexico border. However, we always spoke English at home and I consumed American culture pretty much from birth. When I came into recovery, I realized one of the things I had been neglecting and stuffing down was my Latinx culture.

I took for granted that how my mother showed her love to me was by feeding me foods from her culture every day. I realized that being a Latinx woman means being strong and that your curves mean you are allowing yourself to mature and grow, and you are allowing for others to love you, too. I realized that food in Latinx and Mexican cultures is a symbol of togetherness, celebration, memories, love, and support.

Career-wise, I recently opened my own practice, where my main goal is to get people back to eating real food and learning how to trust and love their bodies while addressing medical issues they may have. While I don't see my practice focusing on eating disorders, because that area is very specialized, I do hope to continue to be an advocate for mental health and body positivity across Latino populations and in the running community. — As told to Emilia Benton. 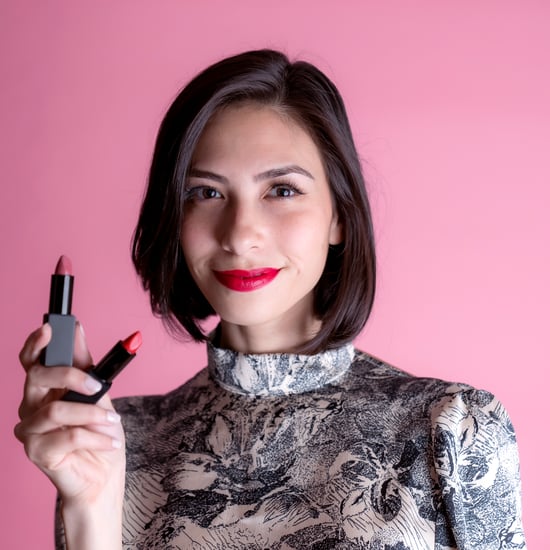