I Don't Think Miguel Herrán Realizes How Effortlessly Sexy He Is, but These Photos Are Making Me Feel Things

One thing I've been doing lately is scrolling through my Instagram's Discover Page to get different content than from the people I usually follow. A few nights ago, I couldn't help but notice a familiar face, and I realized it was Río from La Casa de Papel (Money Heist). You also know him as Christian from Elite.

What really had me like the two-eye emoji was that I hadn't realized up until that moment just how damn sexy he is. As I scrolled through his photos, I could only picture myself being embraced by his strong, muscular arms as he speaks to me in his beautiful Spanish accent, and I'm pretty sure his 9.5 million followers can relate.

Miguel hails from Spain, and was discovered by director Daniel Guzmán when he was walking on the street. Guzmán later invited Miguel to audition for the role of Darío in his film A Cambio de Nada, a role he landed that led him to win a Goya Award (Spain's version of the Oscars) for best new actor in 2016.

For someone with no previous experience, this was pretty impressive. Miguel took up acting classes when he wasn't on set, and continued improving his craft. This landed him the role of Río in the Antena 3 series La Casa de Papel in 2017, which was later picked up by Netflix in 2018.

That same year, he starred in Elite, Netflix's second Spanish original series, as Christian, the party boy who stole our hearts. While he seems a bit more low-key on his social media, his photos definitely turn the heat up, and I don't even think he realizes it. His shyness is what makes him even sexier, and if you keep scrolling you'll find photo evidence of what I'm talking about. 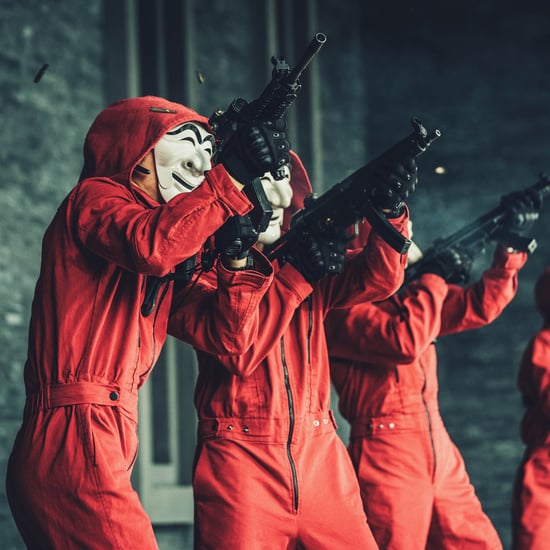 Netflix
Before Money Heist Returns, Here's a Recap of This Important Character's Death
by Amanda Prahl 12/01/21