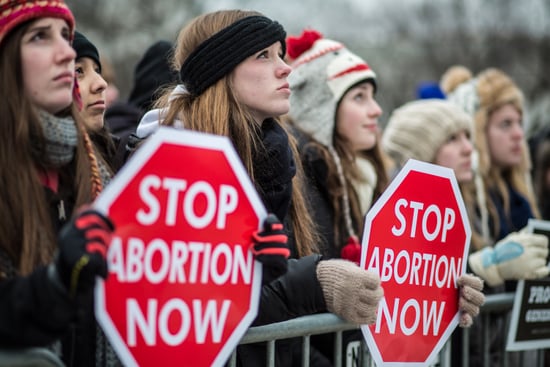 Today, Arkansas's legislature passed a law banning abortion after 12 weeks of pregnancy, when a fetal heartbeat can be detected by abdominal ultrasound. This "Human Heartbeat Protection Act" has now become the strictest abortion law in the United States. This comes a day after Mississippi lawmakers proposed a Personhood ballot initiative that defines life as beginning at conception. This would ban most abortions and could outlaw some types of birth control and in vitro fertilization.

January may have been the anniversary of Roe v. Wade, but 40 years later, bills that are unconstitutional thanks to that decision are still being proposed (and even passing). Arkansas and Mississippi are just two of several Republican-run states making a big push in 2013 to ban abortions with bills targeting women's reproductive rights.

President of the Center For Reproductive Rights Nancy Northup spoke with Rachel Maddow earlier this year about why these state-run attacks against abortion matter. States like North Dakota and Mississippi are in the process of closing down the last abortion clinics standing — currently there's only one remaining in each — essentially preventing a woman's constitutional right to having an abortion in those states. And these bills are spreading across the country, a scary trend for women's rights advocates. If you're concerned about your right to choose, take a cue from a group of Kansas college students who are proactively lobbying state legislators to prevent stricter abortion regulations.

Below is a state-by-state breakdown of the bills being brought to the table so far in 2013:

Politics
Educate Yourself: 13 Podcast Episodes About Black Life in America to Download Right Now
by Lisa Peterson 6 hours ago