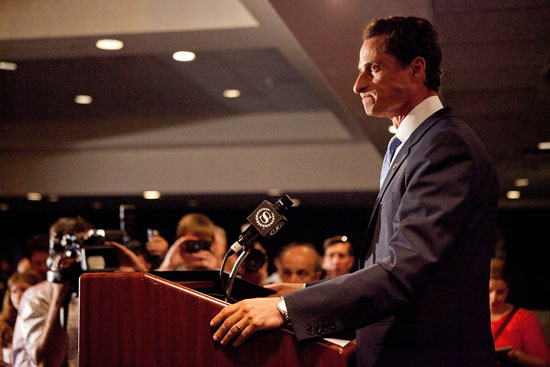 A week later, and Weinergate gets zipped up, as Congressman Anthony Weiner came clean today about taking and posting the crotch shot seen 'round the world on Twitter. He apologized for the scandal and for lying about being hacked, in addition to admitting he's been flirting online with a number of women over the past three years before and after his marriage to Huma Abedin, an aide to Hillary Clinton. Despite the debacle, he's staying with his wife and he's not resigning. What do you think of Weiner after all this? If you supported him politically before the scandal, do you still?