Love may be among the ruins, but flirting is alive and well in the streets of Athens. Badoo.com, a site that encourages social networking through flirting, analyzed 12 million flirtations across 180 countries and named Athens the top come-hither city of its self-titled "World Flirtation League." 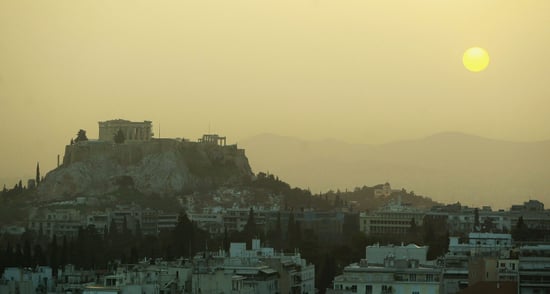 Of course, the rest of the world flirts, too. See what other cities — lots of surprises — rounded out the top 10 below.

Not the wild, cosmopolitan cities — save Rome — you'd expect, right? Maybe they're just on different sites!

Image Source: Getty
Online DatingDatingNewsStudiesGreeceLove And Sex
Around The Web

News
Should You Join the Black Lives Matter Protests If You're Undocumented?
by Maria G. Valdez 16 hours ago