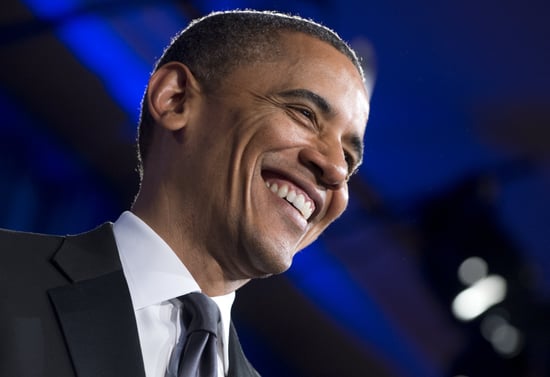 President Obama has become the first US president in office to support gay marriage explicitly. In an interview with ABC's Robin Roberts, yet to air, Obama comes out in favor of full marriage rights for same-sex couples. The move could be politically complicated, as it comes the day after voters in North Carolina — an important swing state — passed a constitutional amendment banning gay marriage. The president said:


"I have to tell you that over the course of several years as I have talked to friends and family and neighbors when I think about members of my own staff who are in incredibly committed monogamous relationships, same-sex relationships, who are raising kids together, when I think about those soldiers or airmen or marines or sailors who are out there fighting on my behalf and yet feel constrained, even now that Don't Ask Don't Tell is gone, because they are not able to commit themselves in a marriage, at a certain point I’ve just concluded that for me personally it is important for me to go ahead and affirm that I think same sex couples should be able to get married."

Previously, the president has had a complicated relationship with the issue. We have a rundown of Barack Obama's quotes on gay marriage over the years. They ranged from "I believe marriage is between a man and a woman," to "my feelings about this are constantly evolving." Well today those feelings evolved into full support of equal marriage rights for same-sex couples. What do you make of the president's move?

Hulu
Love, Victor Season 2 Is Full of Twists, Turns, and Triangles, but Who Should Victor Choose?
by Grayson Gilcrease 3 days ago