Author Nora McInerny Purmort met someone who made her laugh so hard she pulled a muscle. His name was Aaron, a charming art director and comic book nerd, and the two fell in love. Eventually, Aaron was diagnosed with brain cancer — but their relationship had more to give. They got engaged while he was in the hospital, and Nora had a baby boy while Aaron was on chemo. They only had three years, but they made every day count. Below is an excerpt from Nora's deeply moving yet refreshingly funny memoir, It's Okay to Laugh: (Crying Is Cool Too). 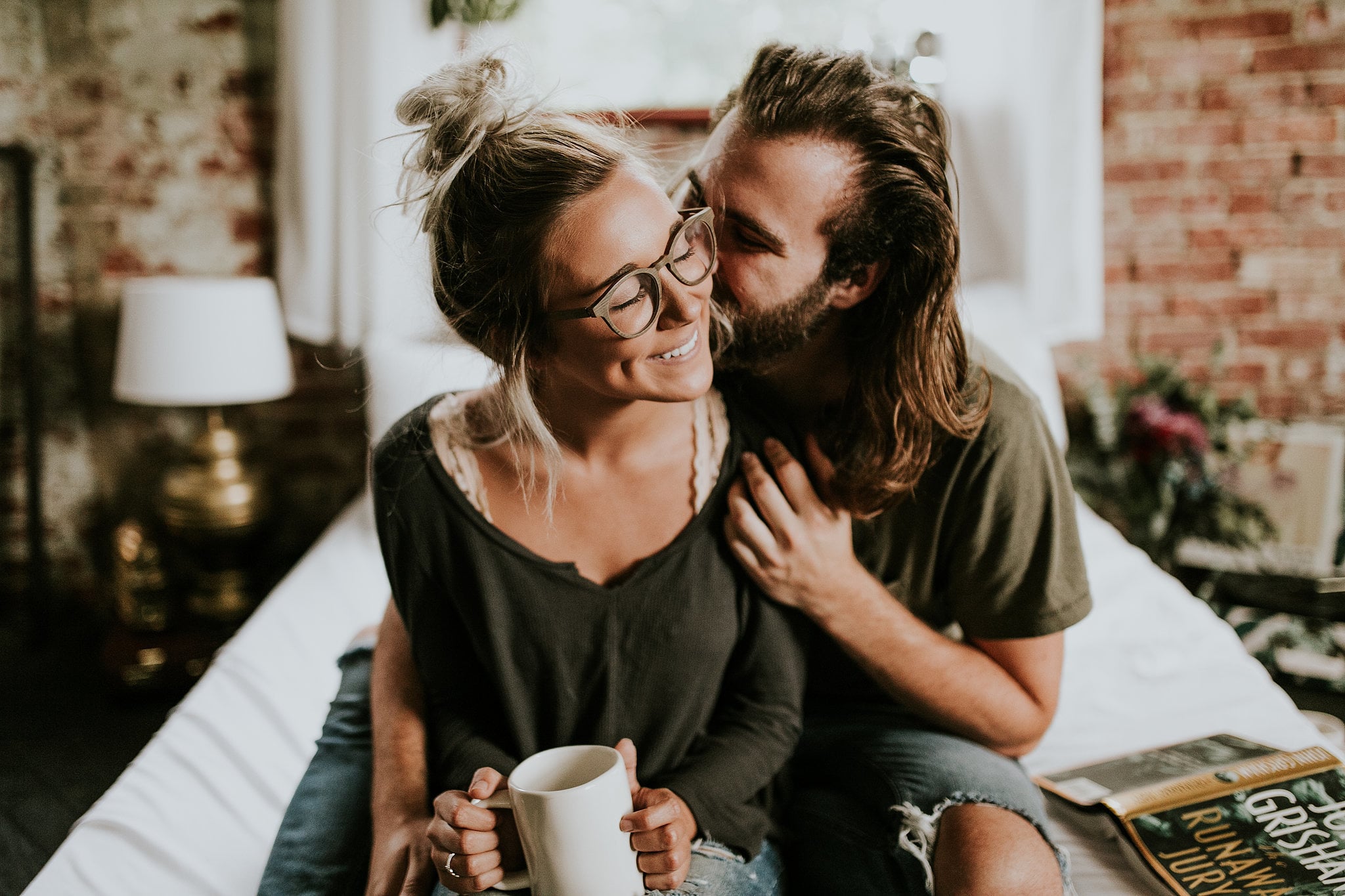 You and your partner, on the couch, watching a Game of Thrones marathon. He turns to you and calls you his Khaleesi. You both ignore that Khal Drogo had a really f*cked-up death.

A man wearing a wedding ring, a little symbol that he is proud to belong to somebody.

You see two people walking down the street holding hands. Their steps fall in perfect unison without their even trying.

A couple is sitting in a crowded restaurant having a face-to-face conversation. They laugh and order dessert. They never pick up their phones.

Your lady friend is picking up takeout on the way home because she knows you have to work late and she wants you to have one less thing to worry about.

Your boyfriend plays with the ends of your hair while you watch a movie. The movie is whatever you wanted to watch.

You can't decide between the burger or the caesar salad. You get the salad but your partner gets the burger. "We'll split them!" you say. You eat a third of his burger and most of his fries and all of your salad.

Your wife, lying next to you in bed, reading while wearing the retainer she got in eighth grade.

Your partner buys concert tickets for both of you without even asking if you want to see the show. You're not crazy about the band, but you go anyway.

It's garbage day and your husband said he'd take the garbage out last night, but he didn't, so it's still in the driveway and now you have to wait until next week. You send him a passive-aggressive "what day is garbage?" text before you leave for work. You know what day garbage is.

Your girlfriend texts to ask if you guys need dental floss, because she's at Target and could pick some up.

Your husband makes dinner, feeds the baby, cleans up the entire kitchen, and puts the kids to bed while you paint your nails and watch Gilmore Girls reruns.

You and your friends are standing in the back of a concert talking and your boyfriend gets each of you a beer on his way back from the bathroom.

You ask your wife what she wants for dinner. She says, "I don't know, probably just a bowl of cereal?" And you sit on the couch crushing a box of Lucky Charms together because you are adults.

You look fly as hell and your partner takes your photo for Instagram so you don't need to post a mirror selfie.

The baby is up at 7:00 a.m. on a Saturday, which is rude because you have a hangover. Your partner says, "I'll get him. You keep sleeping."

Your boyfriend left the cap off the toothpaste again. You're like, "Dude, you need to put the cap on the toothpaste! It's all dried out now!" And throw it dramatically in the garbage. He apologizes.

You check your phone in the middle of the workday. Your person has sent you a text. He wants to know how your day is. He's just taking a second to say hello to his person, and his person is you.

Get It's Okay to Laugh: (Crying Is Cool Too) here.

Books
If You Loved Amanda Gorman's Inaugural Poem, You Can Pre-Order Her First Children's Book
by Kate Schweitzer 9 hours ago