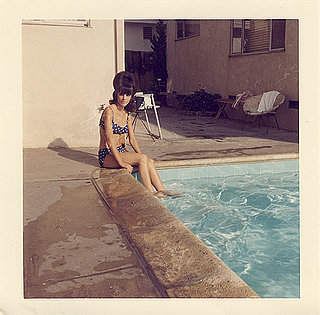 Two-piece bathing suits may date back to antiquity, but modern history's first two-piece was designed in 1913 by Carl Jantzen. The same brand that came to Sterling Cooper Draper Price Sunday night on Mad Men to make its floundering suit desirable but not too sexy.

Notice I say two-piece not bikini. It wasn't a bikini Jantzen sold; it was a two-piece. The difference was the waistline: a two-piece covered the belly button — Hollywood's Hays Code, which was in effect until 1968, limited its exposure — while the bikini revealed it.

The first bikini was designed twice in 1946. Two French designers created similar suits independently, and both named it after the atomic bomb. One called it atome, but that didn't prove to be as explosive as le bikini. Named after Bikini Island, the island in Japan where the United States began testing the atomic bomb that same year, le bikini remained scandalous for most of the next decade.

Like many things, the bikini found acceptance in the '60s. Private pools made trying them out less risque, and by 1967 Time magazine said 65 percent of young women wore them. Pinup posters of Marilyn Monroe and Raquel Welch and movies like Dr. No and Beach Party made it more acceptable, clearing the way for the first Sports Illustrated Swimsuit Issue in January 1964. By the end of the decade, bikinis were the norm.

America completely changed its attitude toward bikinis in just a few years, yet 50 years later bathing suits still can be scandalous.