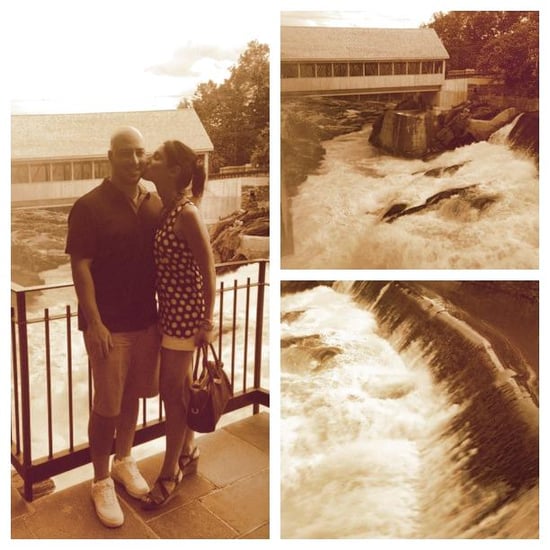 A Boston Marathon bombing survivor found love amid the tragic situation, giving us all a reason to celebrate this holiday season. James “Bim” Costello was badly burned during the bombings back in April and ended up at the Spaulding Rehabilitation Hospital after multiple surgeries. It was there that he started chatting with a nurse named Krista D’Agostino, and it didn't take much for the two to become a pair.

The story gets better — just this weekend, the couple was on an all-expenses-paid cruise in Europe for marathon bombing survivors and first responders. In Lyon, France, Costello popped the question. On his Facebook page, Costello posted an emotional update about his journey to finding love. Read it now and excuse us while we go find a box of tissues.

“As you all know, April 15th was one of the worst days of my life, suffering not only physical injuries of my own, but the emotional difficulties when I learned about my friends. I soon wondered why and for what reason this had happened. A couple weeks later I was transferred to Spaulding Hospital, where I was able to see my friends starting to heal, but still wondered what good could come from this tragedy. A few days later I saw a nurse in passing: this would turn out to be Krista, who had shared a few mutual friends, but we had never crossed paths before. After sharing a handful of conversations I realized not only how beautiful she was, but also what a kind heart she had. I somehow convinced her to attend a benefit with me, which turned into a few dates, which turned into a few inseparable months. I now realized why I was involved in the tragedy: it was to meet my best friend, and the love of my life. Eight months later I’m happy to announce that we will spend the rest of our lives together . . . We got engaged last night in the middle of the beautiful French city Lyon!!!”