For more information on this erotically charged romance, visit XOXO After Dark. 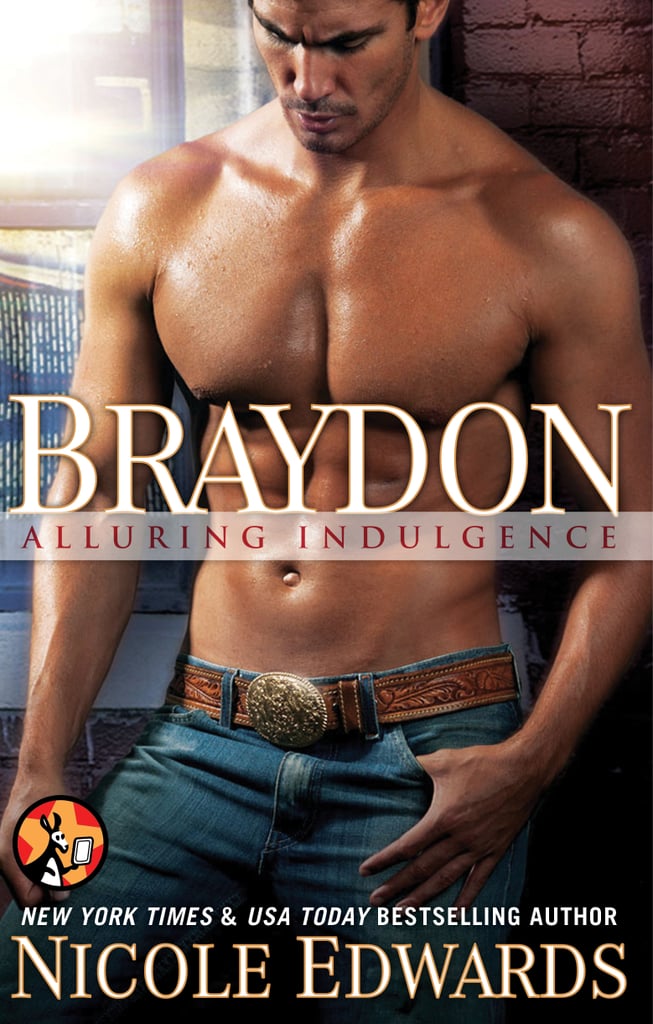 Braydon broke eye contact long enough to run the towel over her long, sexy legs, wiping as much of the water away as he could before he returned to his full height. In a move meant to throw her off balance, Braydon tossed the towel onto the floor with the other one and reached for her, lifting her up off her feet. Just as he had hoped, Jessie wrapped her legs around his waist and wreathed her arms around his neck to keep from falling. He had her. There was no chance he'd drop her. But he didn't bother to tell her that. Having her wrapped around him was an indulgence he couldn't deny himself.

"I need you," he told her as he carried her to her bedroom. "I need to be inside you. I need to feel you up against me, Jess. It's the only thing I can think of."

"Me too," she responded.

Setting her on her feet just in front of the bed, he slid his hands up her arms, cupping her neck and pulling her to him. His hunger had taken on an entirely new element where Jessie was concerned. The other night had been about making love to her. Tonight . . . Tonight was about possessing her. He wanted to own her, body and soul.

When he pulled her in for a kiss, bending down to reach her delectable mouth, his body caught fire, a smolder in his bloodstream that sent him careening out of control. The kiss started out soft but quickly morphed into something potent, combustible.

"Ah, hell," he groaned when Jessie bit his lower lip, sending his lust into hyperdrive.

Her hands began clawing at him, her leg wrapping around his hip, pulling him against her, his iron-hard c*ck sliding against her belly.

"Enough of the foreplay, Braydon," she cried. "There's time for that later."

And with that, she pulled him down onto the bed with her.

Don't move," she told him as she glanced back over her shoulder at him. "And no touching."

"That's not an easy task," he replied as he placed his warm hands on her ass. "I like to play."

"Me too," she said, leaning forward and running her tongue along the length of his c*ck, making him shudder. His hands quickly stopped their teasing, but he didn't release her. His grip was firm, yet he wasn't hurting her. Jessie continued, easing her toys onto the edge of the sofa so that they wouldn't get in the way.

For a few minutes, she focused on his c*ck, sucking, stroking, torturing him the same way he'd tortured her. When it seemed as though he was immersed in what she was doing, she pushed on his leg. Braydon hooked it over the back of the couch, the other on the floor. He was spread-eagle and completely exposed, which was perfect for what she intended.

"F*ck, Jess. Keep that up and I'm gonna come in your mouth."

Jessie purposely slowed her ministrations, not wanting to push him over the edge just yet. She leaned over more, using her mouth to bathe his balls, licking them slowly, gently with soft strokes of her tongue.

Because of the position she was in, he couldn't stop her, couldn't pull her head back, which gave her a lot more freedom than he usually allowed her to have.

And it was exactly the position she'd wanted to be in.

Books
Obsessed With HBO's "The Time Traveler's Wife"? Here's What Happens In the Book
by Megan Hippler 5 days ago