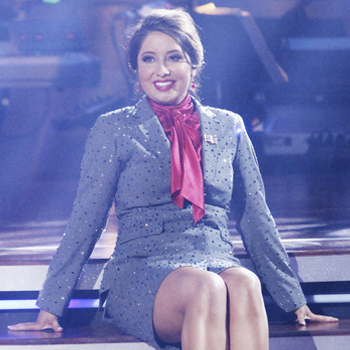 What can a 20-year-old say in a memoir? Well, Bristol Palin could say a lot. Nobody's expecting I Know Why the Caged Bird Signs, of course, but I'd like to see her, and her ghost writer, be defiantly honest.

The "Untitled Bristol Palin Memoir" listing was removed from Amazon after Political Wire pointed it out yesterday. I doubt that means it's not happening, but merely Bristol and her publisher were planning more pomp and publicity for its announcement. It was up long enough to note the book will be published by the same Harper Collins imprint, William Morrow & Co., as mom Sarah Palin's Going Rogue and America by Heart. So while I'll fear Bristol will take this as an opportunity to promote her — or her mother's — abstinence evangelism, it really would be in nobody's best interest. Especially her own.

She's writing a book to make money, so she'll have to get down and juicy if she wants it to sell. Sure, she may just be a 20-year-old from Alaska, but the last two years of her life have been whirlwind fascinating. Find three things I'd like to hear about below.

What would entice you to read it?

Books
Obsessed With Lovecraft Country? Here Are 15 Books That Are Just as Thought-Provoking
by Camila Barbeito 3 days ago

Natalie Portman
Conflicted About "Feminist Baby Books," Natalie Portman Decided to Update the Classics Instead
by Kelsey Garcia 21 hours ago

Halloween
The 15 Most Terrifying Stephen King Books, Ranked
by Grace Orriss 23 hours ago

Lady Gaga
Lady Gaga's Empowering New Book Is a Celebration of Kindness, Acceptance, and Love
by Chanel Vargas 14 hours ago