Find out what happened when one woman took her lingerie game to a whole new level in this article originally featured on Cosmopolitan. 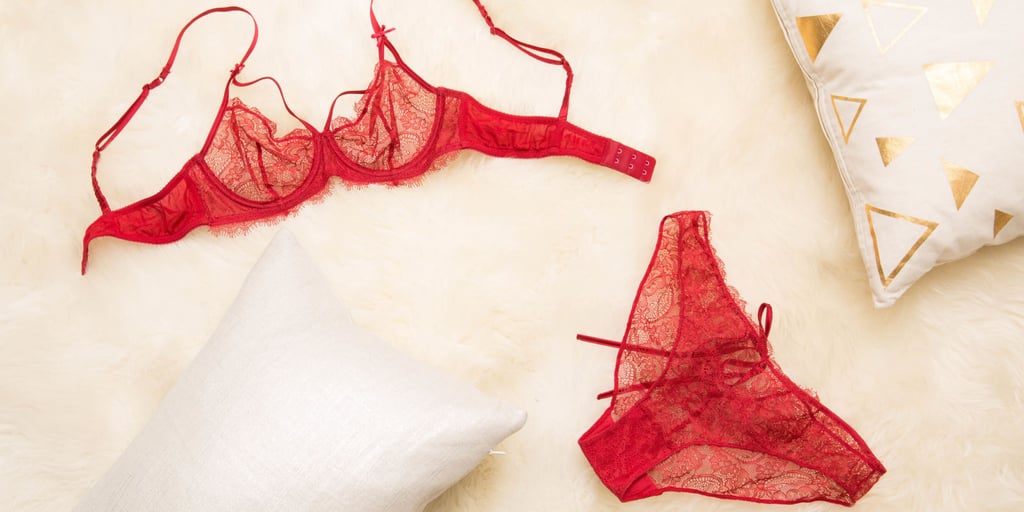 Over the past two years, I've worn lingerie for my live-in boyfriend, Ben*, exactly one time, and it was a relatively conservative black sheer thingy with lots of padding. In other words, I'm not really a lingerie person. It's not that it doesn't appeal to me. It's just that the few times I've worn it, I've felt fake, and honestly, I feel better naked.

So back to my padded black thingy: When I spontaneously decided to try wearing lingerie for Ben, we'd been dating for a year or so. I felt sexy in my outfit, but I also felt a little silly dressing up for someone who'd seen me naked so many times and could describe my go-to PJs (polka dot shorts and a cotton tank) with his eyes closed. It didn't help that Ben had once told me he's "not that into lingerie." I had to chug two glasses of wine to stop myself from changing into basic PJs before the big reveal.

When I whipped out that first and only outfit, Ben was all about it (and has been hinting for a repeat performance ever since). The perfect occasion presented itself in the form of an idea: I'd challenge myself to wear lingerie for a week and write about it. So I raided the Cosmopolitan.com fashion closet and brought home a bag of brand-new lingerie to get down to business.

I had every intention of going all out for night one: Garters, stockings, the whole bit. But by the time we got home from a boozy dinner late that Friday night, I kind of wanted to pass the f*ck out. But it'd been a week since we'd had sex (Ben had been sick), and even though we were full from dinner, we were both buzzed and in the mood.

While he was off brushing his teeth, I slipped on the most forgiving and least revealing outfit in my lingerie arsenal: A low-cut, lace-edged silk chemise. I lit a candle and fussed with the chemise straps in the mirror. I worried that the getup looked too old-fashioned with the flowy skirt and lacey detailing. But the second Ben saw me (and started kissing me immediately), it was clear that he L-O-V-E-D what he saw. I liked it too: The silk made me feel sexier than the cotton I usually wore — and much more grown-up, which is exactly how I should feel as a 28-year-old living with my 30-plus boyfriend in New York City. After breaking our dry spell and blowing out the candle, I fell asleep wearing the outfit, which made me feel like I was wrapped in a silk sheet.

A few hours later, I started having one of those ridiculously vivid sex dreams. One hundred percent sure that that Ben was on top of me IRL, I opened my eyes. He was fast asleep beside me. (I mean, it was 5 a.m.) While it's Ben who typically initiates sex, I took the reins this time, kissing his neck until he was awake enough to kiss me back. We had sex and then slept for a few more hours. This time, I woke up with Ben's hands all over me. It was like that silk was magic!

After I thoroughly enjoyed a third orgasm since I'd put on the chemise, Ben offered an unsolicited review: "I like the way this thing feels — that I can feel the silk and your skin," he said while slipping his hand under a strap. "Can you wear it every night? It really turns me on." I laughed. It was only night one — he had no idea what was in store for him. And I didn't tell him.

I got a little shy around bedtime on Saturday night. I didn't know how Ben would respond to seeing me in négligée two nights in a row — Suspicious? Fatigued? I had thought about going with something S&M-ish but chickened out. I chose a deep teal, thigh-length nighty I'd bought myself over six months ago but never got around to wearing. With a wide open back and lace-paneled sides, it was subtly sexy.

Ben was already in bed when I walked into our bedroom in my outfit. He couldn't believe his luck. "Two nights in a row?!" he asked. "You'd look sexy in anything you wore, but I think I like this," he said, pulling me into bed.

We had sex that night, leaving the slip on. And Ben didn't complain when I set my alarm half an hour early for morning sex before brunch the next day. "This is great," he said, referring to our sex track record: Five times in two days. "Maybe you can get seven outfits and rotate?" [Ed. note: He really said this — you can't make this stuff up.]

Head over to Cosmopolitan to read the rest of this article!

*Names have been changed because some writers' moms (and their boyfriends' moms) read Cosmo and don't need all the details.

Sex
If You Aren't Having Sex on Your Period, You're Missing Out
by Sara Youngblood Gregory 3 days ago