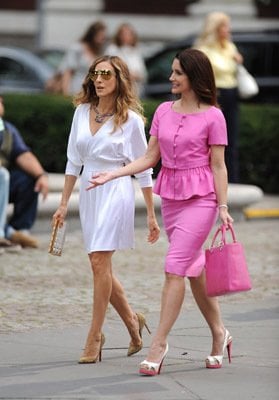 If we listen to science, women are losing control over our lives: we're much too influenced by other people. Last week, we found out divorce is contagious — if a friend gets divorced we're much more likely too — and this week a study discovered that celebrity endorsements alter our brains.

Dutch researchers found that when women viewed a female celebrity wearing a certain shoe, they experienced heightened activity in the part of the brain associated with affection. This brain activity made it more likely that they would associate the celebrity with the shoe. Similar activity did not occur when a woman saw a picture of a similarly attractive non-celeb. People we "know" influence us and only the pervasiveness of the celebrity's fame (aka how well we know them), increased the brain activity. Conversely, attractiveness or perceived expertise about the product had no impact.

This study could explain why many brands have stopped using unknown models, instead having prominent actresses pitch mascara or shampoo to women, as well as the motivation behind the abundance of product placements in the Sex and the City movies. Now they just have to make sure we can afford those shoes the celebrities are wearing.

Celebrity Instagrams
Travis Scott's PlayStation Nike Dunks Are Here — Win Them For Free, Today Only
by Sarah Wasilak 2 weeks ago 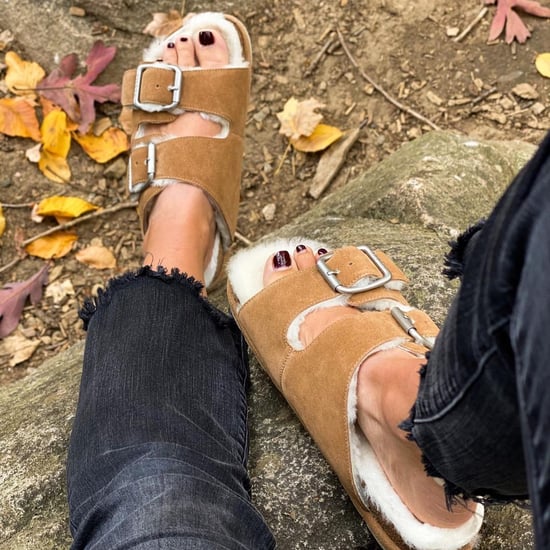 Winter Fashion
Holy Coziness! Shearling Shoes Are the Winter Trend We've Been Waiting For
by Hannah Weil McKinley 3 weeks ago