21 Signs Bulges Are the New Boobs

Hey, his eyes are up here. The sexual objectification of women isn't going anywhere, but the tables are beginning to turn with more and more attention being given to guys' private bits in recent years. Bulge watch 2015 continues with Harry Potter's Matthew Lewis showing off his package in Attitude magazine and Justin Bieber's sexy Calvin Klein ad. This after Nick Jonas's naughty magazine spread and Jared Leto giving Mario Götze and his boner seen round the world a run for his money with a double dose of onstage crotch grabs. But they aren't the only packages on the pop culture radar. Let's dive into the headline-making dongs that are finally giving us some sexy gender equalization. 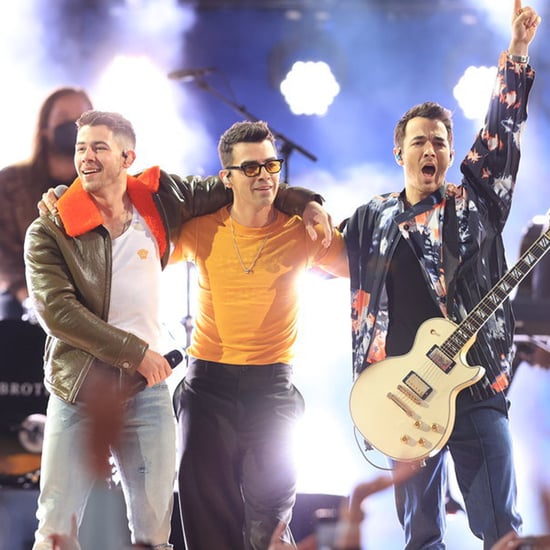 Celebrity Couples
RIP to the BBMAs Red Carpet, 'Cause Nick Jonas and Priyanka Chopra Fashionably Shut It Down
by Victoria Messina 4 weeks ago

Red Carpet
The Jonas Brothers Reunite at the Billboard Music Awards, and Whew, They Look Good
by Kelsie Gibson 4 weeks ago