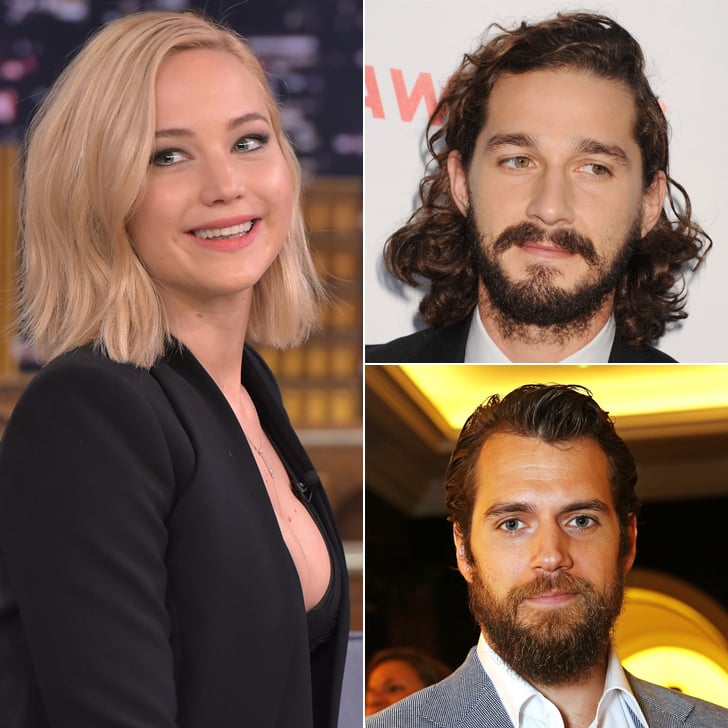 17 of Hollywood's Hottest Get Brutally Honest About Sex Scenes

Who's ready to get under the sheets and find out what it's really like to film a sex scene?

When Jennifer Lawrence opened up about her first-ever sex scene — which happened to be with Chris Pratt — she said her coping strategy was to get "really, really drunk." Hey, we're all for honesty here. Like when Henry Cavill told Men's Fitness he got a boner filming a sex scene on Showtime's The Tudors. He said, "It's only happened to me once, and it was very embarrassing. A girl had to be on top of me, she had spectacular breasts, and I hadn't rearranged my — stuff into a harmless position. She's basically rubbing herself all over me and, um, it got a bit hard."

He's not the only celebrity to talk about sexual mishaps on set. Shia LaBeouf broke the rules in his film Nymphomaniac, in which he has "unsimulated" sex on screen — yes, that means the real deal. Shia told MTV, "It is what you think it is. There's a disclaimer at the top of the script that basically says, we're doing it for real. And anything that is 'illegal' will be shot in blurred images. But other than that, everything is happening."

While real sex on screen is the exception, not the rule, plenty of other sexy celebs have practiced their acting skills between the sheets. In Kristen Stewart's movie On the Road, she really pushes the sexual boundaries by going topless, having a threesome, engaging in "road head," and manually stimulating her male costars. On the sex scenes, she said, "I love pushing and I love scaring myself. To watch a genuine [sexual] experience on screen is so much more interesting than when you see the tape holding up the pasties . . . As long as you're being really honest, there's nothing ever to be ashamed of."

Many actors and actresses — like Lena Dunham — say that onscreen sex isn't as enjoyable as the real deal, but some stars get really into it. Amanda Seyfried told W magazine she's a big fan of sex scenes. Amanda said, "Jennifer's Body is my favorite movie that I've done . . . They had an extreme close-up of [Megan Fox and my] tongues, and I'm telling you, the thing about the scene is that it's actually really sexy. For a young girl to say that about her own sex scene — it must be because it's special. I think Megan and I kissed really well together. We have similar kissing styles and it worked."

From spanking to slobber to ripped pillows, get the firsthand experiences of shooting a sex scene from some of Hollywood's sexiest stars.