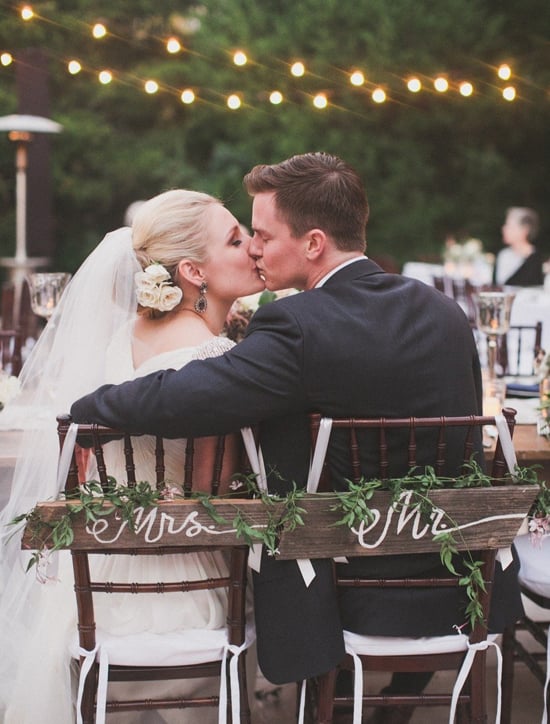 When you're getting married, one of the biggest decisions you have to make is whether or not you're going to change your last name. A majority of the women I know (myself included) took their husband's name after the wedding, but it turns out more and more ladies are saying "I don't" to the age-old tradition. A study from just a few months ago found that more women are keeping their maiden names after marriage. According to the research, only 38 percent of women in their 20s and 26 percent of women in their 30s took their husband's last name. I asked two of our POPSUGAR editors why they chose to keep or not keep their surname after tying the knot to glean some insight into the two sides. Here's what they said:

Why I Changed My Last Name

"When it came to changing my last name, I was torn. Throughout our engagement, I went back and forth as to whether or not I wanted to change it, but in the end, I decided to take my husband's last name. It felt so special to share a name with him, as if it was the start of our own family. And although I did feel attached to my maiden name, I also knew that I had three brothers who would be passing it on, so I wasn't worried about the name getting lost. My husband's first name, Radley, is his grandmother's maiden name, which I think is really sweet. So I may try to pass my maiden name on as a middle name for one of our children. For some, the decision to change a last name is easy, but for me, it really wasn't. Now, though, I'm honored to share a last name with my husband, and I'm glad that I do."

Why I Kept My Maiden Name

"There was so much to think about in the process of getting married, I quite honestly didn't take very much time to weigh all the pros and cons about changing my name. Part of it was that I had started my online career by launching a website based on my name and felt particularly attached to it from a work standpoint. Plus, my name and my husband's name are so similar that it felt especially unnecessary. In fact, his favorite joke is that we actually combined our names, Jorgenson and Goodson, taking the "Jorgen" from his and the "son" from mine. But in the end, it's probably mostly because I didn't want to. There are certainly times that I regret not having done so (I am secretly happy when people refer to us as the Jorgensons, even if that is not technically true) and think that perhaps someday I will. But until then, if that ever comes, I'm proud to retain the name that I was born with and that connects me to who I have always felt that I am. At the time of our wedding — and at this time, five years later — it didn't seem like a necessary step to prove that we are a unit, a team, and a family."

Wedding
This Couple Had to Cut Their 200-Person Wedding Down to 18 People, but They Did It With a Smile
by Haley Lyndes 6 days ago

Wedding
This Couple Ditched Their Georgia Wedding Plans For a Mountain Elopement in Colorado, and They Wouldn't Change a Thing
by Haley Lyndes 1 week ago