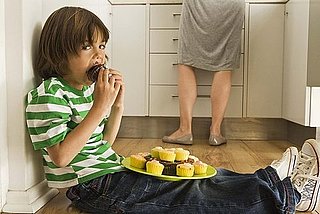 There are plenty of reasons to have kids, but personal happiness is not one of them. In fact, the only study to suggest children make people happier over the last few decades was wrong.

After it was published in the Journal of Happiness Studies, the author found a coding problem in his data and was forced to regret the error in print, saying "the effect of children on the life satisfaction of married individuals is small, often negative, and never statistically significant.”

This week's New York magazine cover story rolls out the latest in children's-adverse-effect-on-personal-happiness statistics. Kids can be a transcendental experience, it seems to say, but they are rarely a joyful one.

I'm sometimes impatient and like to have time to myself, and I believe this is true for most people — we just mask it with varying degrees of success. I like to think that the transcendental experience of having children would transform me into a more patient person. And maybe it would? But not without growing pains.

So on the never-ending pendulum swing between wanting kids and not, where are you today?

Image Source: Thinkstock
Little KidsBabiesCulturePollLove And SexFamily
Around The Web