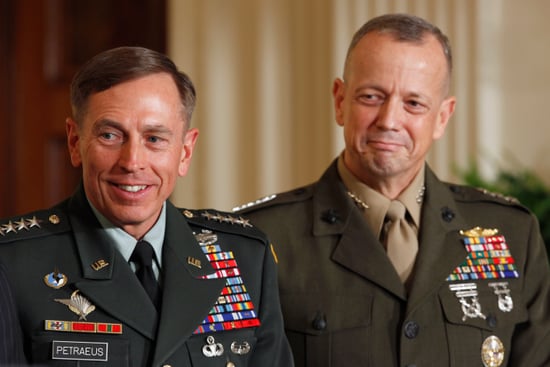 Illicit affairs at the CIA, an obsessive agent, and conspiracy theories. No, I'm not talking about Homeland. The affair that took down CIA director and retired general David Petraeus is becoming stranger than Showtime's fiction. Since Petraeus resigned on Friday citing his affair, more details have trickled out and the cast of characters has grown. There's Gen. Petraeus and his biographer-mistress Paula Broadwell. The FBI stumbled upon the affair while investigating harassing emails Broadwell reportedly sent Florida socialite and married military volunteer Jill Kelley, whom Broadwell considered a rival for Petraeus's attention. And today, news broke that the FBI has uncovered thousands of pages of emails that top NATO commander Gen. John Allen sent Jill Kelley.

Now that we've covered the basics, let's look at some of the most bizarre details to come out of this story so far.