In this excerpt from The Bold Italic, Peter Lawrence Kane gains insight into the polyamory lifestyle by profiling four different groups of people, all located in San Francisco. Here, we're sharing one of these stories. Meet Liesl, Steve, Megan, and Nathan. 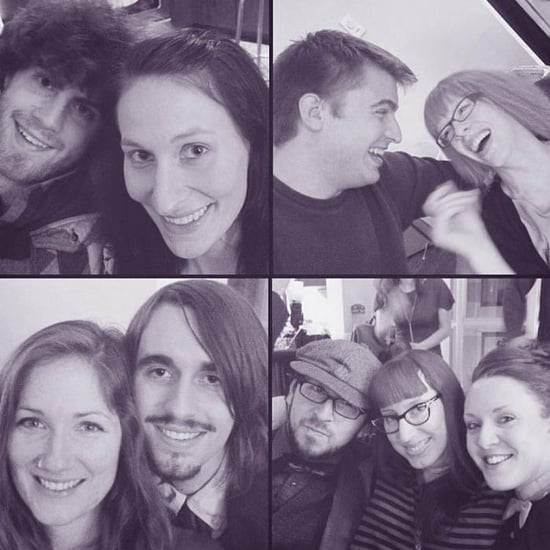 Together for three years, Liesl and Steve are a couple dating another couple, Megan and Nathan, along with several other lovers whom they see less often. All are in their late 20s and live in the East Bay.

Steve: If I'm dating a girl, usually Liesl ends up dating that girl, but most of the time, if she's dating a guy, he and I don't play too much. Except at either end of Liesl.

Liesl: Although I've had lots of guys say that if they were to experiment on a guy, it'd be Steve. I was the first woman Megan had ever been with. But that's not surprising. All the straight girls, they're like, "Well, I'll try this."

Steve: The reason we're polyamorous isn't philosophical, it's that we're terrible about monogamy. But in the Bay, people have a whole idea of what that means about our relationship.

Are you out at work?

Keep reading for the answer!

Liesl: In Illinois, I was out to all my co-workers and was dating Steve and the guy I was living with. My co-worker asked me, "Do you love your boyfriend?" I asked which one, because I don’t think Steve and I had said that at that point. But I said, "Yes, the one I live with, I love him." And she said, "No, you don't. When you love someone, it drives you crazy if they even look at someone else." And I thought, "I wouldn't want to be in a relationship with you."

Steve: Most people at Google aren't, you know, Haight-Ashbury natives. They're more conservative than I anticipated. I'm out, but it doesn't come up that much. It's not information they need to interact with me. A couple of people have asked weird questions, but there's no polyamorous slur that they could use to offend me. I do try to be out to as many people as possible because I do think there is an invisibility problem to open relationships, and people assume that everyone they know is monogamous. So they only hear about open relationships when they fail. It implodes, you hear that they were open, so that must be why.

Does your family know?:

Steve: I said, "Hey mom, can I to talk to you for a minute? I'm bisexual and polyamorous." She didn't know what polyamorous was. I said it basically means I don't do monogamous relationships, that I have multiple partners. Her first response was, "That sounds like something a man invented."

Do you envision legalized polyamory?

Liesl: I think it would be so difficult to start. We're both dating Megan, but Nathan's pretty straight, so I wouldn't say that Steve and Nathan are dating. And if we got married, would Steve and Nathan be married? What does that mean for them to be married when they're not sexually together? And although it doesn't really apply to poly people, I'm superexcited that in California, you can have three parents.

Read about more polyamorous relationships over on the The Bold Italic.

Relationships
Know Your Love Language? There Are Also 5 Apology Languages — Here's What They Entail
by Ashley Broadwater 5 days ago