Editor's note: Welcome to our weekly guest series Diary of an Online Dater, written by an anonymous 20-something blogger matchgirl. This week she went on her first Match date, see how it went! 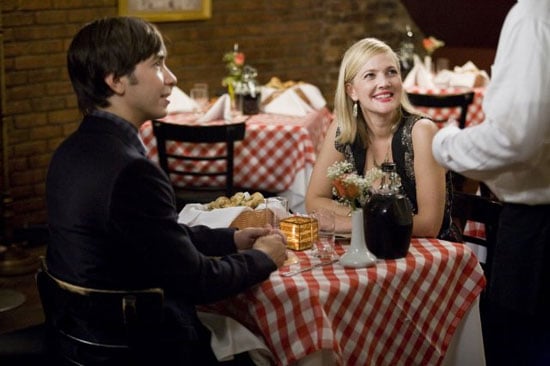 Week 3: This week started out well. I was emailing with two guys, one younger than me, the Italian, and one a few years older, the Intellectual. I lost interest fast with the Italian, for a few reasons. The first was that his profile seemed a little too good to be true. After reading his long list of accomplishments, my bestie hit the nail on the head when she said: "He also invented shoelaces, did the voice of Simba in The Lion King, widdled JFK's coffin out of an oak tree, and never blinks." But mainly, he just didn't make me smile or laugh like the Intellectual. It's hard to put effort into getting to know someone when there's something sparkly over here . . . I get distracted by shiny things, what can I say?

I also got a response back from one of the (many) guys I sent emails to last week, the Normal Guy. So maybe I didn't suck at emailing as much as I thought I did? Maybe they were all on business trips or just moved and don't have Internet yet or got lost on a hiking trip? In his response he mentioned going for drinks, which I'm all about, not necessarily because of the alcohol, but because I'm discovering that meeting people in person is like ripping off a Band-Aid: get it over quickly and it's (mostly) painless. He wasn't in my top faves, though, and after a few back and forth emails about riveting topics like the weather, our jobs, and our neighborhoods, there is no further talk of meeting. Bye Normal Guy!

But hello, Intellectual! He asked me out on a date, giving me the option of early or late, dinner or happy hour. Even though I like him, I've seen enough Law & Order: SVUs (and heard enough first date horror stories) to choose early happy hour. I oscillated between being nervous about the date, and thinking, what do I have to lose? Because what's worse than being dumped out of the blue from a guy you dated for several years? Certainly not being rejected by somebody I barely know.

The date was a success, even transitioning into dinner. He looked like, maybe even better than, his pictures. I liked that he was honest and open about who he is and what he's about. He talked about online dating matter-of-factly, without being weird about it. And he didn't try to pull anything (ending the night with a kiss on the cheek). My only concern was that he may not be mean enough, which sounds terrible, but just mean enough to poke fun at people, with a healthy dose of confidence and ego.

His follow-up was weak, but maybe I'm being too hard on him? He sent a few short texts late the following day (this is after our online "courtship" of emails throughout the day), and he waited several days before asking about a second date, exactly a week after the first. Is he following some sort of guy dating textbook? I will give him credit for shooting me a spontaneous dinner invite text a couple days after the date, but I was busy, so I won't see him until next week. And I'm seeing some momentum fading as the second date approaches. Should I be more excited?

Final thoughts: I'm wondering if all dates and emails through the site have to feel like a job interview. Sometimes I get so bored rattling off facts about my life and then hearing about them from the other person. Maybe first dates should include activities, where at least you have things to look at and participate in other than staring across the table at each other?

Email buddies: 4
Dates: 1
Winks: too many

Online DatingRelationshipsDatingLove And Sex
Around The Web