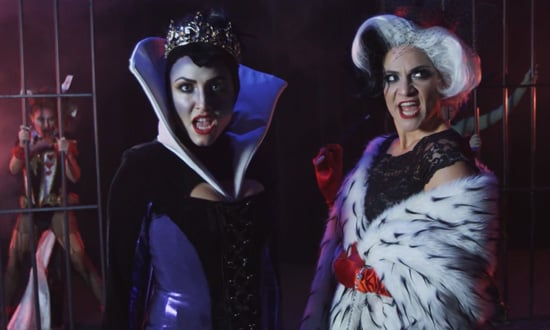 "Cell Block Tango" is one of the most memorable numbers from Chicago, and now Disney villains have put their own spin on the tune. American Idol alum Todrick Hall rounded up some friends, including Glee's Amber Riley, to reenact the dance as iconic Disney villains. Riley stars as The Little Mermaid's Ursula (get her look!), and Adam Lambert also makes an appearance as a creepy Captain Hook. It's bizarrely entertaining, and for some reason, I can't stop watching.