This question is from a Group Therapy post in our community. Add your advice in the comments! 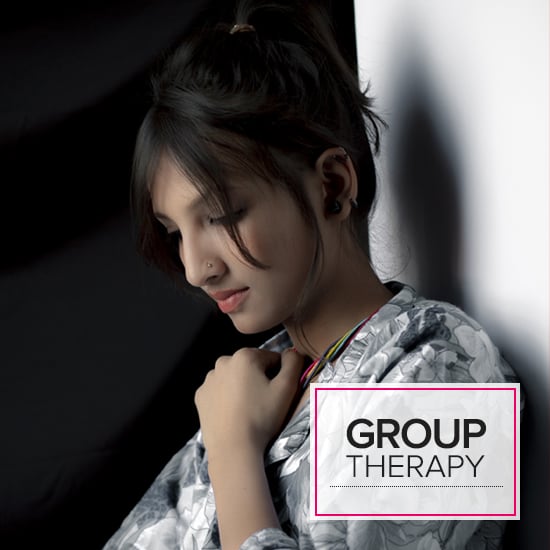 Me and my boyfriend have been dating for about six years now. We both met when we were working together in school, and have been together ever since. As any other relationship we have had our ups and downs, but with compromises, forgiveness, and gratefulness we have come so far. We both love each other alot and want to make things work. There is kind of a big problem though with what we feel like we have between us. He came to the school I was studying at, as an international student, whereas I am not. Since he was an international student, he doesn't have his immediate family here.

He has some relatives although not very close with them, so basically no one from his family side that he can rely on. He basically lives on his own and has only me to trust and rely on. I on the other hand live with my family. This somewhat makes a difference between alot of things in terms of making decisions and such.The problem we both are facing right now, is that he wants to get married to me, and doesn't want to be living alone anymore. Although we meet for a couple of hours most of the days during the week, he wants to meet over the weekend instead of meeting during the weekdays after work, which makes total sense. He is 30 and I am 25. He doesn't want to waste his life anymore and needs a response regarding marriage soon.

His family is different than ours obviously, as they are open to the girl he picks. As long as he is happy with "her." They have talked to me on Skype and liked me, however they wanted to get a positive response from my family and me. My side of the story is that, I'm happy with him, however at times I feel like maybe I am being rushed into getting married. I don't feel like I'm ready yet for marriage yet. Also, my parents are pretty traditional and strict. They want me to get married to a guy who belongs to the same culture and traditions as us so that "the children wouldn't suffer" (directly quoted from what they tell me).

I know that when people get married they not only marry their partner, but their family as well. I haven't gotten a chance to really meet his family yet, only through Skype and that was once. He has met my family twice, but it ended bad both times. My family doesn't like him because of his family and traditional backgrounds are different than ours. I am not allowed to date, and I know what I have done isn't such a good thing with regards to my parents rules per say. However we both are our firsts to each other and have never dated before. I am torn between my family and my boyfriend. I know I shouldn't be in this situation however, I have to make a decision now, and I feel like I have to choose either one and can't have both.

There's another problem to all this, I am having alot of trouble talking to my family/mom about this whole situation. I have always had a hard time talking about things and getting things out, which is my problem, however to give him a response I need to make sure that my family also approves/agrees to this union. Because of this problem, I am not able to give him a firm response about marriage. (My family wants me to get married to someone through arranged marriage, where I am not comfortable about that. I have voiced my opinion to them about arranged marriage but they somewhat ignore it.)

Now he loves me very dearly, and does not want to be with anyone else. However I feel like he is taking this to a whole new level. He says that he will harm his life if we don't work out. He doesn't feel there is a point in living if I am not beside him. Although I feel that his love is extremely strong, I am scared that he will actually do something to himself if we don't work out for long term. I have been trying really hard to talk to my family about it, but they don't want to hear anything about him or me relating to him. I love my family and my boyfriend very much and don't want to lose either one. They too love me a lot also.

I am so lost as to what I should do and how I can make this work. Sometimes I feel like we should breakup because I may not be the right gf for him and sometimes I feel like I am settling for what's in front of me. I don't know what to do anymore and don't want him to harm himself or make matters any worse. Please help!

Have a dilemma of your own? Post it anonymously in Group Therapy for advice.