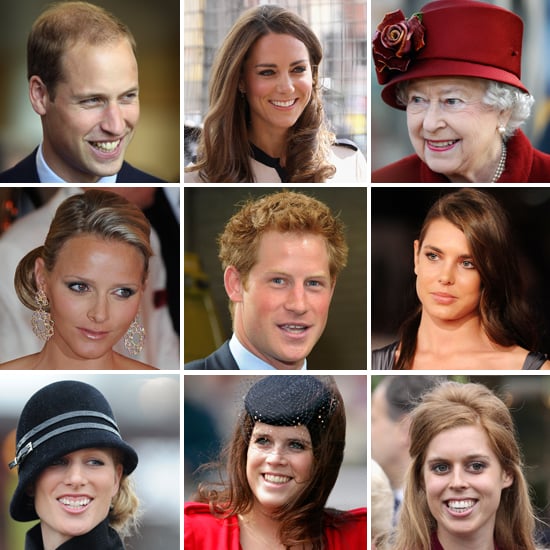 The royals reigned this year! We spent the early months of 2011 getting to know Kate Middleton and counting down to her royal marriage to Prince William — and the big day did not disappoint! Kate was a gorgeous princess bride in Alexander McQueen, Princess Beatrice and Princess Eugenie caught our attention with their over-the-top toppers, Prince William and Prince Harry shared some adorable brotherly love at the altar, and we got not one, but two kisses on the Buckingham Palace balcony!

Of course, William and Kate weren't the only royals to walk down the aisle this year. In July, Charlene Wittstock married Prince Albert to become Her Serene Highness the Princess of Monaco, a title last held by Grace Kelly. And the queen's eldest granddaughter, Zara Phillips, tied the knot, too. Meanwhile, pretty young royal Charlotte Casiraghi of Monaco said "I do" to a Vogue cover and international attention.

We also got some royal action stateside! Newlyweds William and Kate came to California in July and were later followed by Prince Harry, who did some helicopter training, as well as some partying, in San Diego, Arizona, and Las Vegas.

So who's your favorite royal of the year? One of the newcomers or maybe the enduring royal, Queen Elizabeth II?

Image Source: Getty
The Royals
Around The Web

The Late Late Show with James Corden
I'm Sorry, I Was Unaware Prince Harry Could Absolutely Crush a Spartan Race Course Like This
by Perri Konecky 2 hours ago

The Late Late Show with James Corden
James Corden Gave Prince Harry a Tour of LA, and There's a Lot to Unpack — Let's Get Started
by Tori Crowther 12 hours ago