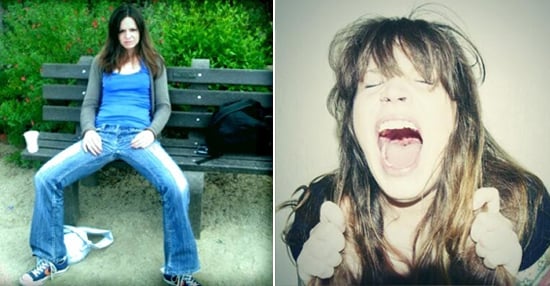 It's a great time to be alive, people! Not just because it's almost the weekend, but because we're bringing you our weekly installment of the funniest love and sex tweets from the past few days. From cringe-worthy kisses to elevator panic attacks, no topic was left untouched. Scroll on and get giggling.

So close, yet so far.

Man in a 400k car just blew me a kiss on Sunset Blvd and that's probably the closest I'll ever get to being a princess.

Hot girls think I'm funny & non-threatening until I make out with their boyfriends, even then they're like "whatever I bet it was a joke."

And the employee of the month award goes to . . .

If I had lots of sex last night and my boss is sick today with "the worst UTI ever" am I a wizard?

Age ain't nothin' but a number.

I know I need to stop looking to tween bloggers for romantic advice, but they all just seem so confident.

accidentally sending ;) instead of :) and feeling like you’ve just offered them your body

Excuse me, Depends Shields for Guys? You mean maxi pads bc that's exactly what they are. You can't lie to me, advertisers! I have a vagina

Call me back when your name is Channing Tatum

So, no more friends with benefits?

I was your friend until you got a girlfriend. Hahaha silly goose trix are for .... You idiot!

Self-deprecation at its finest.

A guy I was on the elevator with this AM was on the verge of a panic attack. It must have been because I looked so moderately attractive.

Millennials
There's No Real Estate in This Millennial Monopoly Because "You Can't Afford It," and the Accuracy
by Sarah Felbin 2 days ago

Fall Fashion
I'm a Banana Republic Shopping Pro, and These Are the 21 Items I'm Buying in November
by Macy Cate Williams 3 days ago