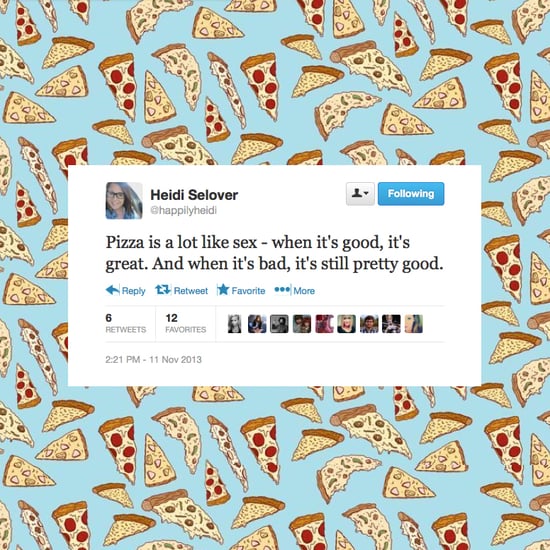 When it comes to having a sexual appetite vs. having a hankering for pizza — sometimes food wins out. And no one knows this better than the funniest food-loving women on Twitter. We've been sharing these ladies' words of wisdom and hilarity every week in Tweets Girls Say, and now we're rounding up some of the best of the best tweets for your end-of-the-year enjoyment. Our first topic is one near and dear to our stomach — the sexy side of food. So grab a slice, and laugh on!

I'm buysexual, you buy me food, I become sexual

I'm sorry I made sex noises while the waiter was reading the specials.

Read on for more foodie funnies.

really want sex but i guess a s'more will do

People I graduated high school with are on their 4th kid, and I'm just thinking about how many pieces of pizza I should eat tonight.

I never look sexier than when I'm sliding out of a long booth at a Mexican restaurant.

Is it crazy to relocate for love? Of a hot dog?

Hey, all of my high school friends are getting engaged, but I'm in a monogamous relationship with Zesty Ranch Kettle Chips, so who wins?

I'm ashamed to say it, but I would marry Jesus for some Chick-Fil-A

If you don't bring me peanut butter pie later it's not that we are breaking up so much as it is we won't be dating anymore.

if a boy asked me out and handed me a pizza i'd say yes.

I enjoy long, romantic strolls to the refrigerator

Pizza is a lot like sex - when it's good, it's great. And when it's bad, it's still pretty good.

HBO
Even in a Succession Parody, Roman Can't Catch a Break
by Naledi Ushe 3 weeks ago 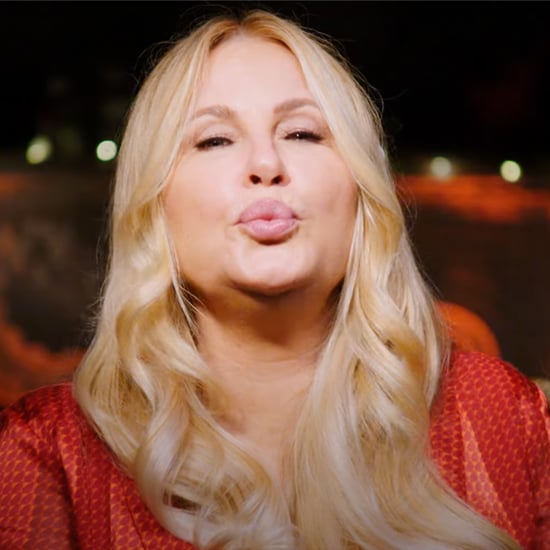