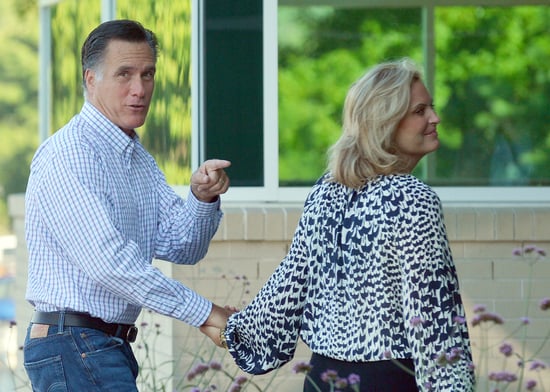 With a Republican presidential nominee who began his political career taking moderate stances on issues like abortion, it's surprising to see that the GOP platform he will stand on is the most conservative in modern history. The platform takes extreme views on everything from immigration to taxation, but we're especially interested in its concerning measures in regards to women and gay Americans. During the RNC in Tampa the GOP platform was officially adopted, so find out what it says about marriage, women, and sex now.

According to the extremely antigay platform, the GOP is against even civil unions for gay couples and hopes to add an amendment to the US Constitution banning same-sex marriage. In its argument against gay marriage, the platform states that marriage between a man and a woman has "been entrusted with the rearing of children and the transmission of cultural values." It chides President Obama for being against the Defense of Marriage Act in court, even though the law was deemed unconstitutional by lawyers. And it's against gay marriage in the military, too, with the platform stating, "We will enforce and defend the Defense of Marriage Art (DOMA) in the Armed Forces as well as in the civilian world."

Women in the Military

The platform opposes "social experimentation" in the military, meaning the GOP is against women fighting in combat. On its opposition to women in the front lines, the platform states, "We support military women's exemption from direct ground combat units and infantry battalions." Opposing "social experimentation" also includes supporting "Don't Ask, Don't Tell," which bans openly gay women (and men) from the military, and opposing officers wearing uniforms during gay pride events.

Included in the platform's Human Life Amendment is a declaration "to make clear that the 14th Amendment's protections apply to unborn children." Abortion would be illegal even in cases of rape or incest, and forms of birth control and the morning-after pill could also be banned. It also states that government would "not fund or subsidize health care which includes abortion coverage," and it praises states with "informed consent" laws that force women to undergo mandatory (and unnecessary) ultrasounds, waiting periods, and other procedures before having an abortion.

There is also new language that goes beyond child pornography to include all pornography. It says, "Current laws on all forms of pornography and obscenity need to be vigorously enforced." Current laws prohibit the distribution of hardcore pornography on the Internet, hotel and motel TVs, cable and satellite TV, and in retail stores.