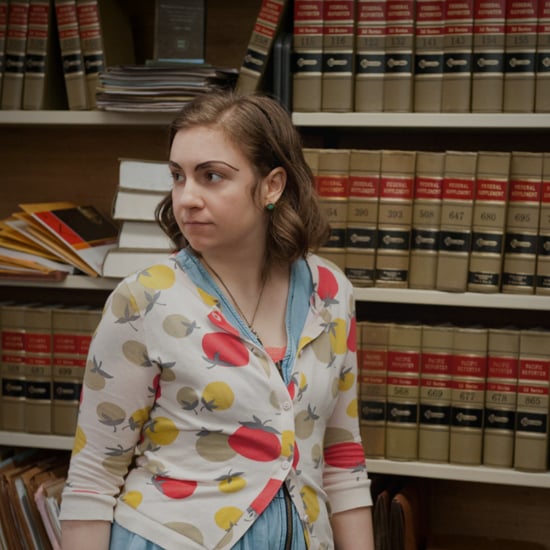 From penis pics to sexual harassment to a deflowering disaster, there's a lot to talk about from last night's Girls episode "Hannah's Diary." The show mainly focuses on Marnie's boyfriend, Charlie, and his buddy reading Hannah's diary and finding out from it that Marnie isn't happy in the relationship. This results in a very-hurt Charlie and his friend singing excerpts from the diary at an open mic night, causing Marnie to be angry at Hannah — instead of the guys who violated their privacy — for writing her brutally honest thoughts on the couple. We'll have to wait 'till next week to find out the fate of Marnie and Charlie (and if Marnie hooks up with sexy artist Booth Jonathon). But what really got us talking today were the super awkward sex-related moments from the episode. Here are the three scenarios that had us cringing, including one that involves a breakup speech we can relate to:

What did you think of the episode?

Beauty News
Who Are the Artists on Netflix's Tattoo Redo? You're Probably Already Familiar With a Few
by Danielle Jackson 6 hours ago

Grown-ish
Grown-ish Tackles Black Lives Matter Like Never Before, and Its Cast Finds Catharsis as a Result
by Monica Sisavat 9 hours ago

Netflix
Calling All Sexy Beasts: Get Ready For Season 2 to Drop Later This Year
by Emily Weaver 11 hours ago

by Jennifer Fields 8 hours ago