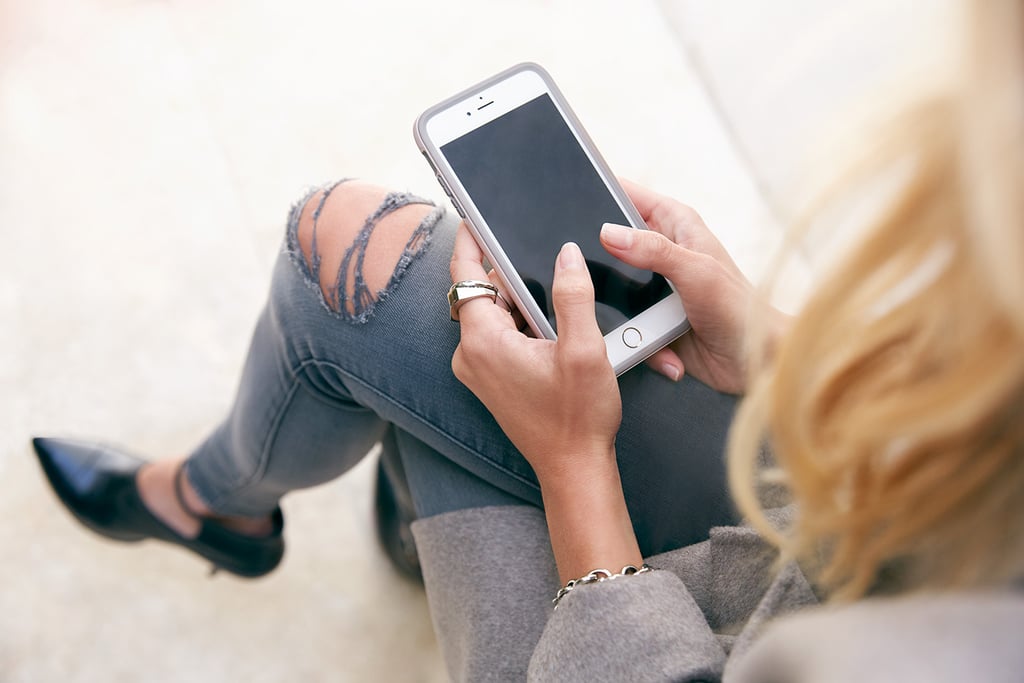 If you follow Bye Felipe on Instagram, you're more than aware of the problems women face in the mobile dating realm. Harassment, discriminatory comments, inappropriate language, unsolicited pictures, and even threats are among the prolific harms that invade the online dating space. The Grade is a recently developed dating app that's working to eradicate the type of behavior that makes women feel unsafe on mobile. We interviewed Cliff Lerner, founder and CEO of The Grade, on the ins and outs of this one-of-a-kind online dating experience.

POPSUGAR: The app is geared toward women, stating to be "female friendly." How so?

Cliff Lerner: The main concept of The Grade [began when] I started getting complaints from all my female friends — they basically said, "Can you solve the problem with these other mobile apps where guys are sending pictures of their you-know-whats? We're not asking for inappropriate photos. Or if we don't respond, guys will become incredibly offensive, hostile, and aggressive with their messages."

We did a survey that proved that this was a major problem for women. So then we thought to ourselves, OK, there's a problem with mobile dating, especially with women. How do we stop it? What we came up with is the only way to truly stop it is holding guys accountable for their behavior.

PS: Under the app description on iTunes, The Grade says it expels "failing" users. What constitutes a "failing" user, specifically?

CL: So, we have an algorithm we built that grades users in three categories — their profile content, their message quality, and their response rate. And they get graded in each individual category, and then they receive an overall grade. If the user has a D or below, we give them a warning as well as instructions on how to fix that grade. If they maintain an F for a period of time, we actually expel them and they're kicked off the app forever. However, they can email us with a reason why they should not have been kicked off.

PS: What would cause a user to receive a bad grade?

CL: The algorithm is looking at whether you've filled out a lot of your profile, how often you get skipped, whether you're updating your profile, and if you have a few pictures. What could really be damaging, though, is the response rate and message quality. For response rate, the way the app works is that only people you're matched with can message you, so you'll never get a message from somebody you don't like. So, what we're basically saying is, if you like someone and they like you, you should be writing back. If you're not responding to a lot of people, that's going to hurt your grade. And then, on message quality, we have an algorithm that looks at spelling, slang, inappropriate words. What could really hurt you is if you're using very inappropriate words more than a few times. That's something that could get you an F very, very quickly. From the feedback we got from users on other mobile dating apps, [we found] what really upset women was when guys were offensive and inappropriate. We don't think that's right; we want to hold them accountable.

PS: How do you expect a female-focused app such as yours to change the dating game, both online and in real life?

CL: A survey we conducted before creating The Grade found that 73 percent of women have received a sexually suggestive photo, 77 percent of women have been asked to send an inappropriate photo, and 90 percent of women have received sexually suggestive messages. By creating an app where we hold daters accountable, regardless of gender, we're able to cut down on the level of inappropriate and disrespectful behavior that typically occurs in online dating. We hope that this assimilates into real life with women feeling more confident when they go out with someone they've met on the app.

PS: So in summary, you're trying to create a safer space for women?

CL: Exactly. The grading system does work both ways, but we're particularly being responsive to the women and the female feedback on these other apps. And we're trying to make a safer place, one, because if guys are inappropriate and hostile, they're not going to be around. And two, because they know that the feedback we're getting is that we're drawing a higher quality type of user to our product. So yes, we're trying to create a safer environment, but also a user base that has a higher intent to date.

PS: How many people are using The Grade as of now?

PS: What's your best success story from the app?

CL: We got one success story from a female who said at first, she saw all these very good-looking people and she didn't believe that they were real. And then when she started using the app, everyone was responding and she went on a bunch of dates, and they were the best dates she'd had on any dating app. Another one came about two weeks ago. Someone wrote us that they went on a date with someone — this was a 22-year-old female who'd just moved to Manhattan — and although she really liked him, he was such a stand-up guy that they actually ended up becoming roommates. From the first date! I think this supports the type of people we're getting on this app.

For more information, check out the app, which is free on both iOS and Android.